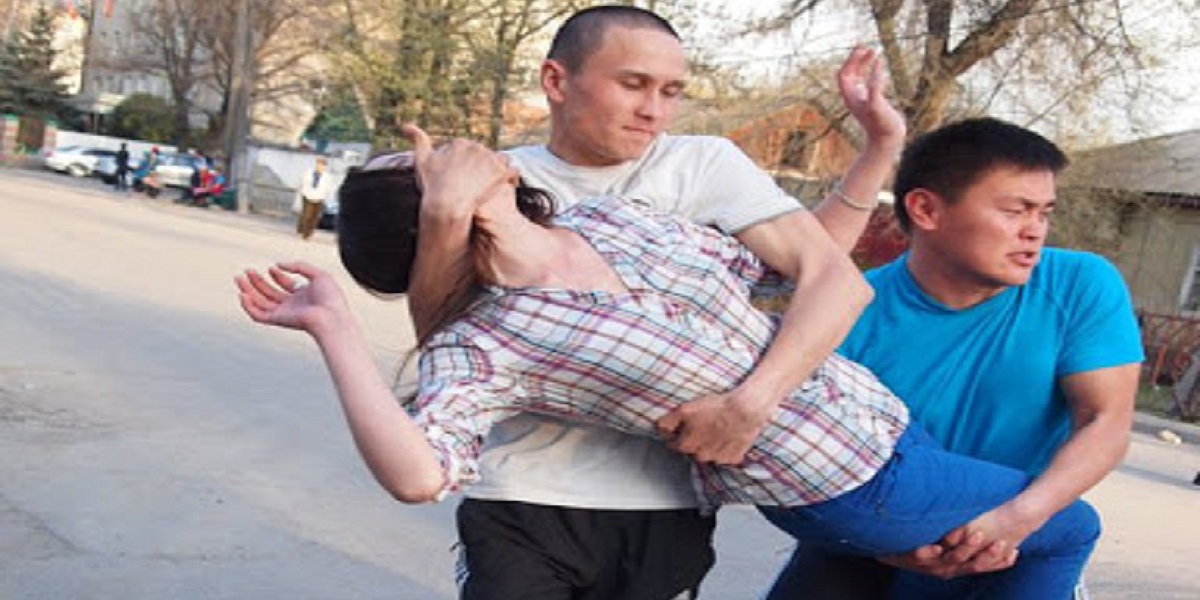 A 27-year-old Kyrgyzstan woman, Aizada Kanatbekova, was found dead days after she had been abducted for marriage (musengabere) triggering protests at the offices of that country’s interior ministry on Thursday.

The kidnapping was caught on camera with the car model and the car’s number plates clearly visible.

Aizada Kanatbekova was kidnapped on April 5 and two days later, she was found dead, strangled in a car in a rural area.

Her suspected murderer was also found dead allegedly from knife wounds that are believed to have been self-inflicted.

The suspected murderer’s suspected accomplice has been detained.

Bride kidnapping remains widespread in the former Soviet republic despite official pledges to end the practice.

The practice involves a potential groom forcibly taking a young woman or girl back to his home before pressuring her to agree to marriage by writing a letter of consent.

President Sadyr Japarov said in a statement the culprits would be punished, calling Kanatbekova’s death a “tragedy”.

According to the UN Women’s office in Bishkek, one in five marriages in the impoverished republic of 6.5 million are concluded after a bride kidnapping incident.

Bride kidnapping or Musengabere (ChiShona) used to be common in Zimbabwe and Africa at large with the main reason being that the groom will be poor to raise the required bride price.

In Africa, the bride would be “persuaded” to accept the groom once she arrives in her new home. She had very few options though since her parents, in most cases, were reluctant to take her back if she spends one night at the place of the kidnappers.

They would assume the two would have thought they slept together, even when that was not the case because virginity was valued more than precious stones.

Kyrgyzstan Woman Found Dead After Being Kidnapped For Marriage