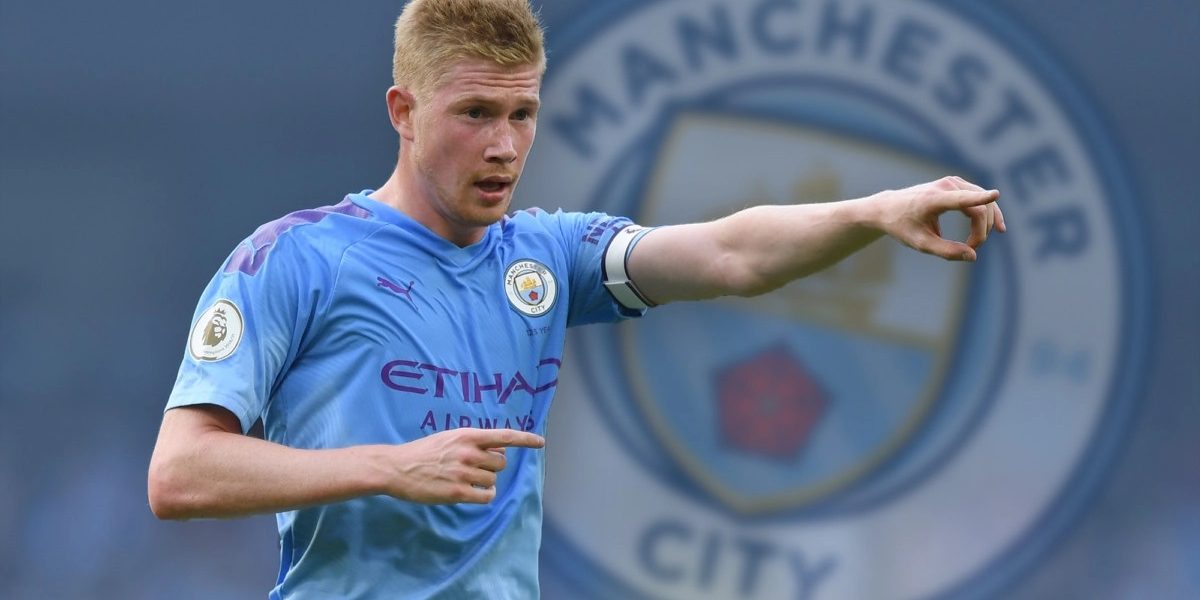 Manchester City’s central midfielder, Kevin De Bruyne has signed a new 4-year contract with the blues and said he is now focused on making sure the club ends “the season with the silverware we deserve.”

The 29-year-old Belgian star signed the deal worth more than his previous £300,000 a week before bonuses and cements him as one of the Premier League’s biggest earners.

The new deal for De Bruyne was first mooted 13 months ago but De Bruyne who has been conducting talks himself alongside two lawyers has remained relaxed through negotiations.

De Bruyne will hit a decade at the Etihad Stadium if he fulfils his latest new contract – mirroring the longevity of Sergio Aguero, David Silva and Vincent Kompany. Speaking after signing the contract, the former Chelsea midfielder said:

I could not be happier. Since joining City in 2015, I have felt at home. I love the fans; my family are settled here in Manchester and my own game has developed really well.

This football club is geared for success. It offers me everything I need to maximise my performance, so signing this contract was a straightforward decision. I am playing the best football of my career and I honestly feel there is more to come.

My focus now is on ensuring we have a successful end to the current campaign. Our results and performances so far have been excellent, but we need to make sure we end the season with the silverware we deserve.

Manchester City remain on course to win an unprecedented quadruple and one of the things on their side is that – unlike most other teams – they have been here before.

No club has ever landed the Premier League, Champions League, FA Cup and League Cup all in the same season, but this is City’s fourth serious attempt at a clean sweep in the past seven years. See City’s road to the quadruple.