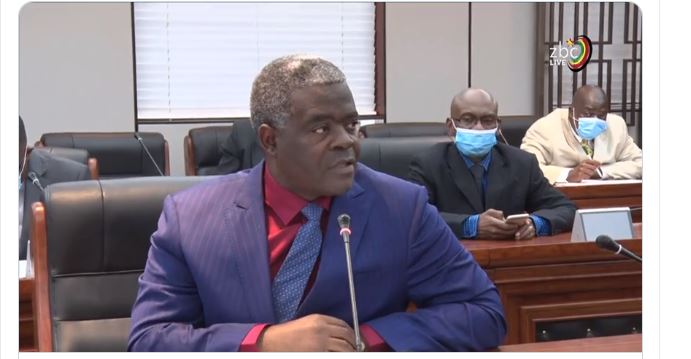 Former Energy and Power Development Minister, Advocate Fortune Chasi has called for justice for the poor after the High Court issued an order stopping the demolition of houses in an affluent Harare suburb, Greendale.

It comes after nearly 200 houses were demolished in Budiriro, a high-density suburb in Harare. Commenting on the draft order, Advocate Chasi said:

You see? People in Greendale can defend themselves. Those in BUDIRIRO cannot. Lawyers are not cheap. Councils should not take pride in court orders they get against the defenceless. High Court stops Harare demolitions.

Key considerations should be the numbers of affected persons, how they acquired the land in question, the consequences of their displacement.

Chasi previously expressed frustration over the timing of the demolition of Budirio houses saying the local authority should have waited until the rainy season was over.

The owners of the five Greenland houses that were targeted for demolition were represented by lawyers from Matsika Legal Practitioners.

They insisted that they lawfully purchased the land from the local authority and received offer letters between 2016 and 2018, after having fully paid for the stands.

According to court papers, the applicants argue that the local authority decided to evict them from the stands after the Greendale Residents and Ratepayers Association, had taken it to court for failing to get necessary legal approvals to allow stands to be built on.

In a public notice dated February 10, 2021, City of Harare said residents, including the applicants, took advantage of the non-appearance of the department of control and housing inspectors due to the COVID-19 lockdown and constructed illegal structures on undesignated land.