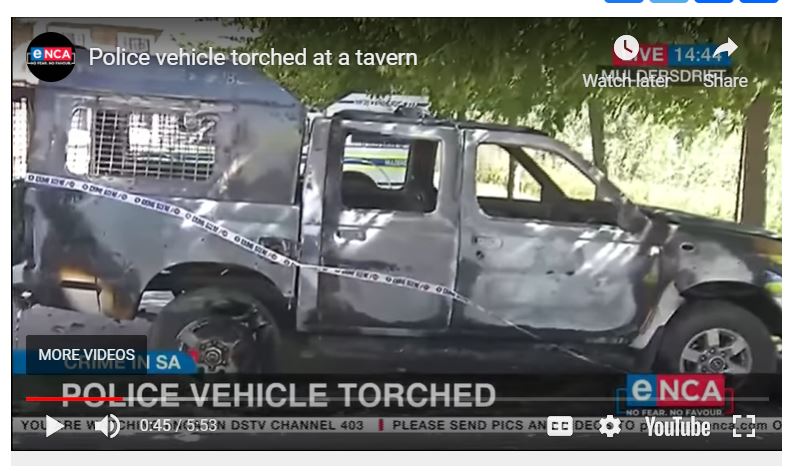 A police van was burnt by community members at a shebeen in Muldersdrift, Johannesburg after officers tried to confiscate alcohol from the establishment which was operating illegally.

The police van was burnt at Video Informal Settlement in Muldersdrift, on the West Rand of Johannesburg, eNCA reports.

The police were called about a shebeen that was still open during the early hours of Saturday, in contravention of the lockdown curfew.

Two officers arriving on the scene didn’t succeed in stopping the shebeen from trading as they became victims of a violent mob.

With a booze ban for the Easter long weekend, restaurants and bars remain the only places people can buy alcohol.

Watch the video below for more from eNCA’s Nqobile Madlala.