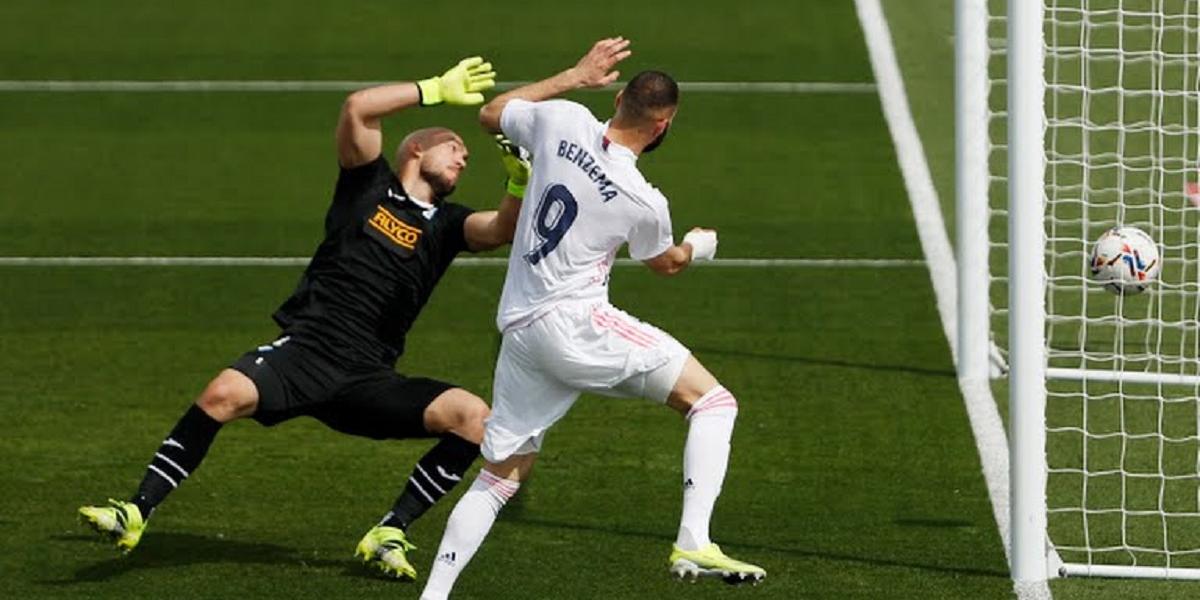 Real Madrid have closed the La Liga title gap to three points behind Atletico Madrid thanks to a vital Saturday home 2-0 win against Eibar.

Goals from Asensio and Benzema sealed victory for Real Madrid.

The hosts broke the deadlock in the 41st minute when Asensio lifted a shot over Dmitrovic from the edge of the box which nestled into the bottom corner.

Benzema then added a second when he nodded his free header into the back of the net. Madrid also had three goals ruled out for offside and Asensio hit the bar with a free-kick in the first half.

Madrid’s victory against Eibar propelled them to number two with 63 points rivals, Barcelona who have a game in hand have 62 points.

The Whites were without captain Sergio Ramos who was diagnosed with a muscular injury to the internal calf in his left leg. Ramos had just recovered from knee surgery and was ready to play.

Zinedine Zidane made four changes to the side that beat Celta Vigo in their last game, with Militao, Marcelo, Isco and Asensio all coming into the team.

Varane was an unused substitute while Kroos and Vinicius only came in the second half with Federico Valverde missing out with a muscle injury.