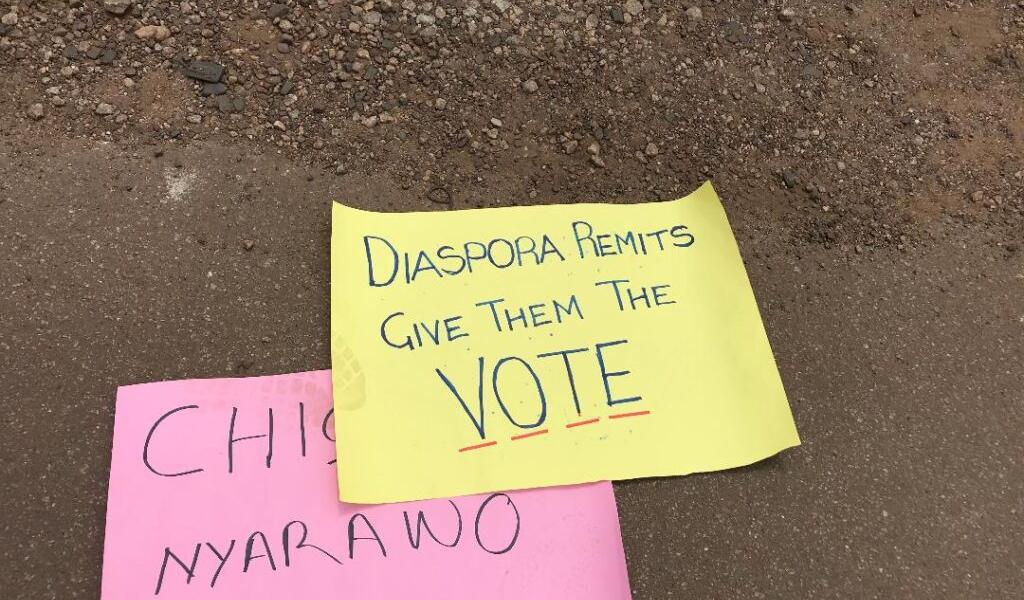 The Patriotic Zimbabweans Party (PZP) has pledged to push for diaspora vote and protect voting rights in Zimbabwe.

There have been calls for diaspora vote with proponents arguing that Zimbabweans in the diaspora are contributing significantly to the growth of the country hence the need to make sure they are allowed to choose the leadership they want.

The government concurs that the diaspora community should be allowed to vote but argue that resources do not permit them to provide the facilities required.

Some analysts, however, argue that the lack of resources was being used as a scapegoat but the truth was that the government was not enthusiastic about allowing the citizens in the diaspora to vote since “most of them are pro the opposition.”

We present below the party’s statement by Charles Muchineripi Mutama.

During the Lancaster House Peace talks held in 1979, the late Joshua Nkomo and other nationalist leaders insisted on the one man, one vote system for independent Zimbabwe.

This demand was finally availed in March 1980 when elections were held which allowed black citizens to vote for the first time. 41 years later, an estimated four million Zimbabweans are scattered all over the world, but legal mechanisms have not been put in place by successive Zanu PF administrations and an MDC majority in 2008 to guarantee their enfranchisement.

It is against this background that the Patriotic Zimbabweans Party will take the necessary steps to ensure that elections in 2023 and beyond are inclusive.

As a political organisation made up of Zimbabweans abroad and at home, the Patriotic Zimbabweans Party has a role and a duty to its stakeholders in particular and the nation at large in ensuring that citizens begin to enjoy their inalienable right to vote.

According to the International Organisation for Migration (IOM), Zimbabwe has an estimated four million citizens living abroad out of the current population of some 15 million citizens.

Considering this significant number of Zimbabweans living and working abroad, the Patriotic Zimbabweans Party will fulfil its mandate of combating voter suppression and generally protecting voting rights in Zimbabwe.

The current trend in Zimbabwe is that only members of a disciplined force, that is, police officers, prison officers, members of the defence forces or electoral officers working for the Zimbabwe Electoral Commission (Zec) on electoral duty and officials outside Zimbabwe in service of the government are allowed to vote by post.

This is in accordance with Section 72 of the Electoral Act, which provides that the only people who can vote by post are registered voters who, on polling day, will be unable to vote at their polling station for the aforementioned reasons.

Globally, out of 214 countries and territories, 115 had provisions for external voting while 21 African countries out of these allowed their expatriate citizens to vote (International IDEA, 2007).

In line with this worldwide practice, the Patriotic Zimbabweans Party will ensure that Zimbabwe recognises the value of its citizens who live abroad by enfranchising them. Economically, the Zimbabwean diaspora remittances are now second to Foreign Direct Investment (FDI) in terms of deriving foreign exchange inflows which saw Zimbabweans sending US$1,9 billion in 2019 or 9,6 percent of the nation’s GDP, according to the World Bank.

Under the current circumstances, the party has no other option but to pursue the necessary legal and political steps to address this fragrant departure from the 1979 Lancaster House consensus amongst the nationalists around universal suffrage.

The Patriotic Zimbabweans Party will fulfil its patriotic obligations of ensuring that Zimbabweans abroad are not politically marginalised and economically exploited by a self-serving Zanu PF regime.