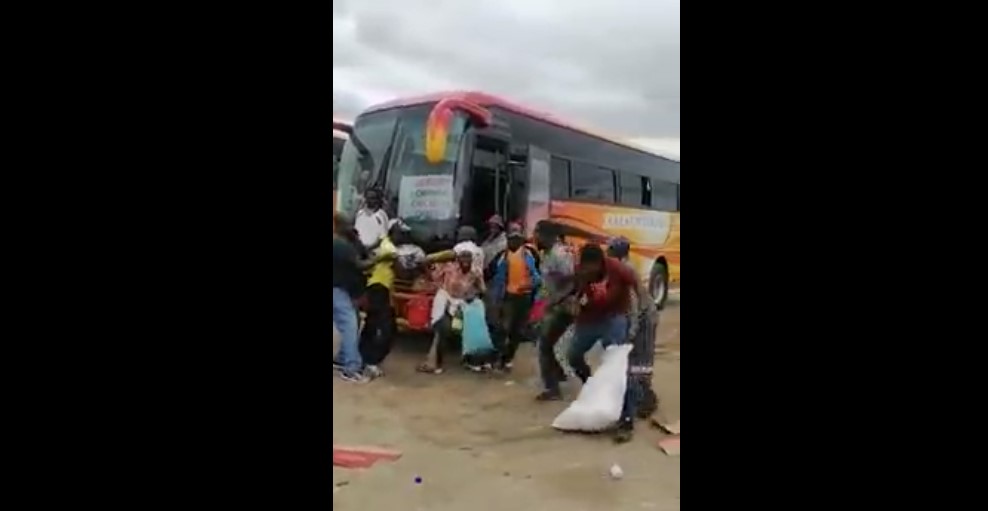 ZRP has revealed that they have arrested 4 of the touts that were caught on camera manhandling an elderly woman at a bus terminus last week.

Using microblogging site Twitter, ZRP said the incident occurred in Beitbridge and they have arrested some of the touts captured in the video for manhandling the woman:

The ZRP announces the names of the four suspects (touts) involved in a case of manhandling and harassment of an elderly woman in Dulibadzimu, Beitbridge as Maxwell Kamuda (42), Lazarus Chingova (44), Michael Mlambo (35) and Worry Muranda (40). More information to follow.

Said ZRP in a statement:

The Zimbabwe Republic Police has arrested the four touts who were involved in the physical manhandling and harassment of a woman in a video which went viral recently. The incident occurred at Dulibadzimu Rank, Beitbridge. The touts will appear in court today, 31 March 2021.

The Police applauds all Zimbabweans for the co-operation and concern over the conduct of the touts.
The public is urged to report all incidents of harassment by touts taking note of the location, date, time and the name of the bus company involved.

The Police would like to warn bus operators against employing touts as the law does not recognize their activities. Passengers have a right to board public service vehicles of their own choice without being manhandled or forced to board a particular bus or kombi against their will.

The Zimbabwe Republic Police has intensified surveillance and monitoring of all bus termini and ranks in the country. In this regard, the law will be applied without fear or favour.

There was a public outcry when the video went viral as people called on the police to act swiftly and sanitize the bus terminus to make it safe for defenceless people like her. 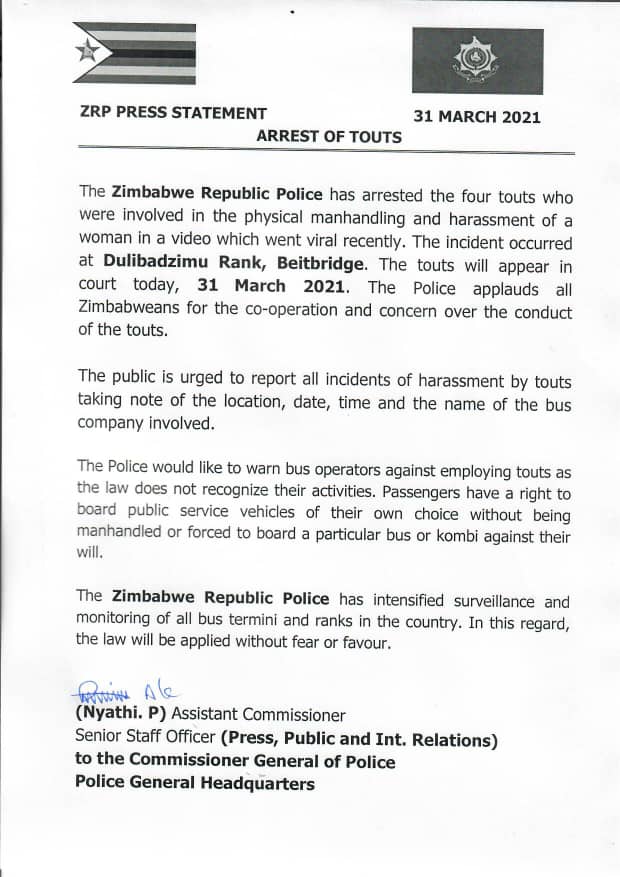