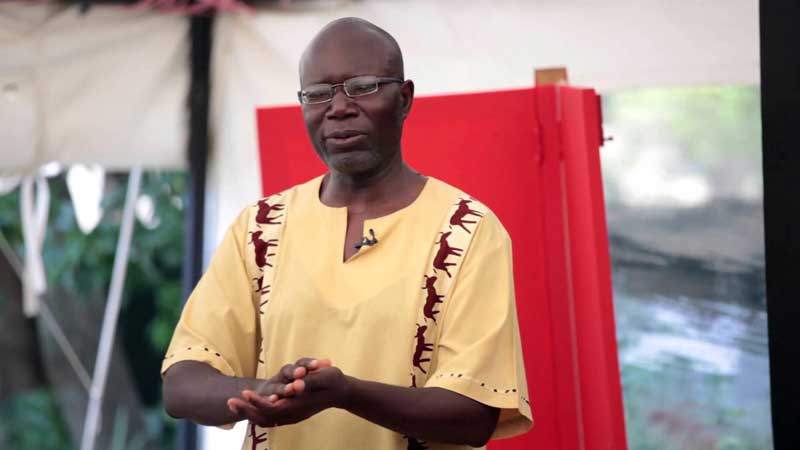 Zimbabwean PhD student in the African Language Studies Section in the School of Languages and Literatures, Rhodes University, Mr Ignatius Mabasa, has been awarded a PhD for the first-ever thesis written in ChiShona.

His thesis, titled “CHAVE CHEMUTENGURE VHIRI RENGORO: HUSARUNGANO NERWENDO RWENGANO DZEVASHONA. The folktale in confrontation with a changing world: a Shona storyteller’s autoethnography.” encompasses his story as a Shona folklorist and creative writer, and the story of the Shona people.

Speaking on why he chose to write the PhD Thesis in his mother tongue, Mabasa said:

The elephant must after his nature trumpet and not meow like a cat. I am a Shona storyteller, filmmaker and author who started telling stories before I could read or write.

The choice to use ChiShona is a response to the exclusion and marginalisation of othered knowledges. By using the Shona language, I am rethinking pedagogy and targeting a disenfranchised audience. Brutal colonial conquest and forced acculturation have disturbed and created insecure conditions for Africans. Africans have had other people tell their stories for them – othering them, judging them, labelling them, misrepresenting them. My thesis in Shona is part of unthinking Eurocentrism and searching for alternative epistemologies. The African cannot continue thinking as if he is still living in a colonial world, perpetuating colonial discourses and perspectives.

He added that his Thesis is mainly about the Zimbabwean foundational narrative called Chemutengure, a song that indigenous people sung when the British colonised them in 1890. Mabasa said:

It is a song of resisting disruption, and talking about it in the very language and culture that was being resisted, namely English, is some kind of betrayal.

Mr Mabasa also said he used ChiShona to share information and knowledge so as to bring about positive change, something that he could not have effectively done if he had used any other language. He said:

My thesis is an attempt to decolonise the mind and democratise knowledge – such that our people, starting with young learners, can read and reflect on the importance of indigenous knowledge as a powerful pedagogical tool, and the power of storytelling to bring about consciousness in a cocacolonised world.

Prof Kaschula stated the idea of writing theses in an author’s first language an international linguistic right and also helps to grow one’s own language intellectually.

He anticipates first-language theses written in African languages growing as a trend in education in South Africa as there are Grade 12 students in the Eastern Cape already writing their exams in Sesotho and isiXhosa.

Mabasa will be awarded his PhD at Rhodes University’s virtual graduation ceremony in April 2021. He currently lectures at the University of Zimbabwe’s Department of Creative Media and Communication.