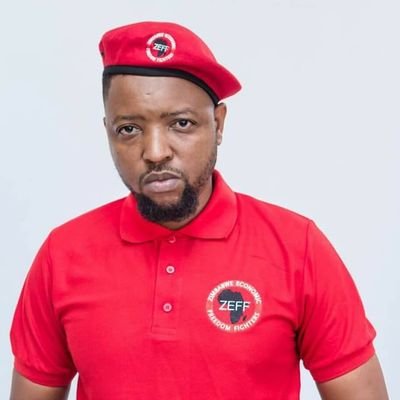 The EFF Spokesperson Vimbai Mupunga has died, New Zimbabwe reports. The news of Mupunga’s passing was confirmed by the party’s president Innocent Ndibali who said Mupunga was a dedicated individual who graced all of the party’s events:

As EFF Zimbabwe, we have lost a hardworking young party cadre who had a promising future. He was always with me at every EFF events.

He spoke briefly about the repatriation of Mupunga’s body who died in South Africa and said:

As the president of EFF (Zimbabwe), I will be dispatching a delegation to Cde Vimbai’s family to offer my presidential support of 20 000 rands so as to enable his repatriation and burial back home. Mupunga’s children will also benefit from the financial assistance.

Burial arrangements of Mupunga who came from Zvimba but was born and bred in Bulawayo are still to be announced.