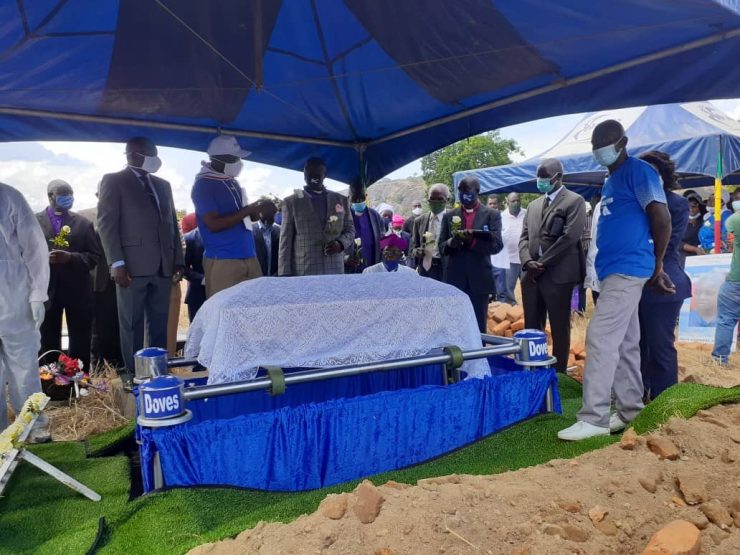 The late Tapiwa Makore was finally buried on Saturday at the Makore family home in Nyamutumbu Village, Murewa.

Tapiwa (7) was gruesomely murdered in Murewa in September last year by his uncle and namesake Tapiwa Makore (Snr) with the assistance of his herdboy Tafadzwa Shamba for alleged ritual purposes.

The boy was buried without some of his body parts principally his skull after investigators failed to locate it over the past six months.

Tapiwa’s father, Munyaradzi Makore, said his son’s burial will bring relief to the family. He urged the family to forgive the murderers. He said:

Tapiwa’s long-awaited burial will bring relief to the family. I encourage all of us to practise love and forgiveness.

Former Health Minister, David Parirenyatwa, who was identified as the chief mourner thanked the scores of mourners who attended the burial for their political tolerance.

I want to thank all people who are gathered here today (Saturday) from various political parties who came in their numbers wearing party regalia to mourn the late Tapiwa.

We have not witnessed any violence since Friday when mourners started gathering here. This is what we want to see every day.