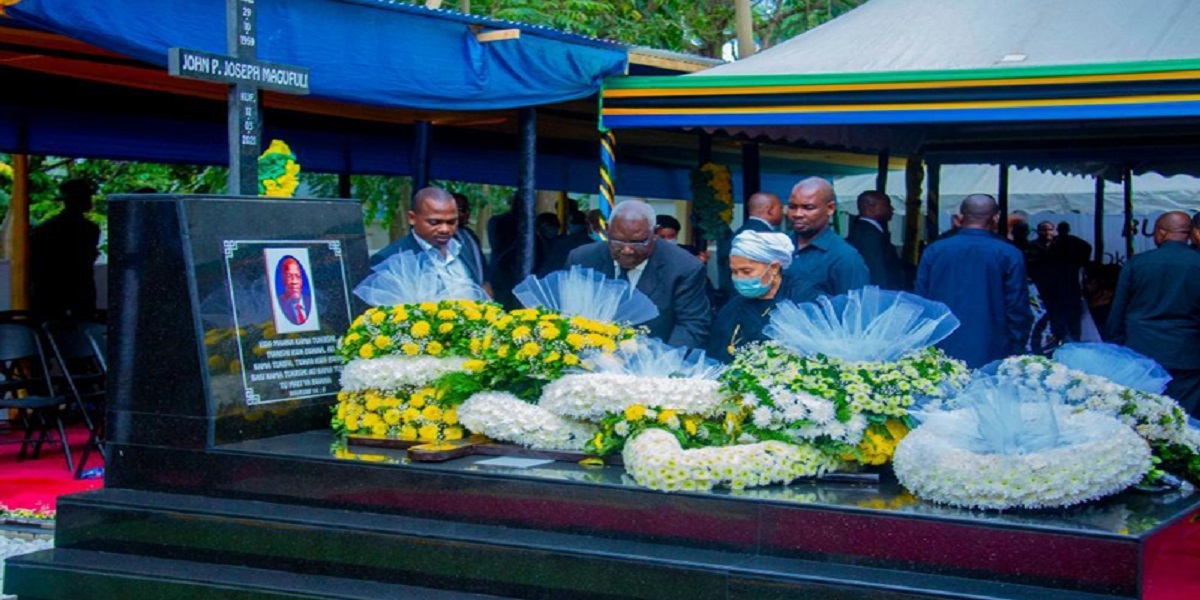 The former president of Tanzania, John Magufuli was this Friday laid to rest at his family home in the north-western district of Chato.

The “Bulldozer,” as Magufuli was popularly known in Tanzania, died last week at a hospital in Dar es Salam from what the authorities described as heart complications.

The late president’s body was lowered to the grave at exactly 16:45 local time at his family home in Chato, to cap a week of public mourning events across the country.

Magufuli, who was first elected in 2015, is the first Tanzanian president to die while in office since the East African country’s independence more than 60 years ago.

Opinion is sharply divided over Magufuli’s legacy with some Tanzanians revering for his war against grand corruption, resource nationalism, and the construction of mega-development and infrastructure projects.

Meanwhile, others say he will be remembered as a leader who did not tolerate political opposition, muzzled independent media, and civil society organisations.

Magufuli is also being criticised for his approach to the coronavirus pandemic after he had declared that COVID-19 had been defeated by prayer in Tanzania.

One Comment on “John Magufuli Laid To Rest At Family Home”