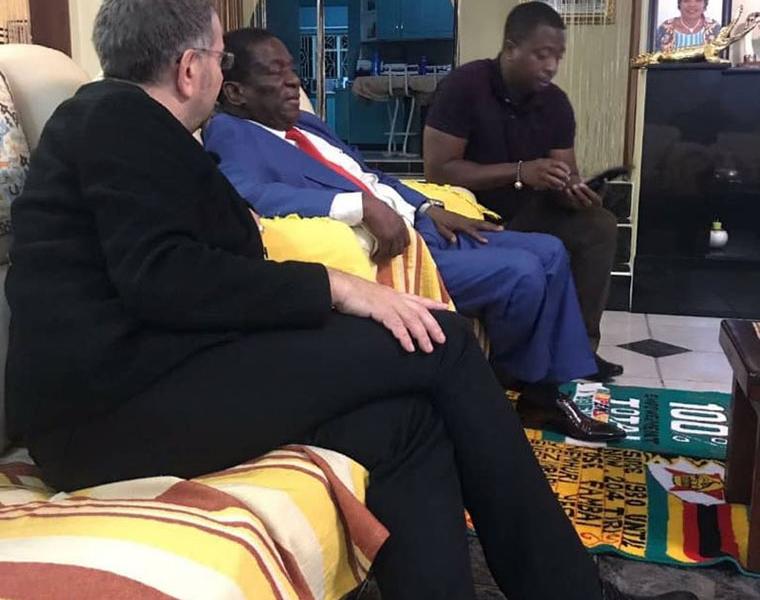 The arrest of President Emmerson Mnangagwa’s shadowy Belarusian business associate Alexander Zingman in Lubumbashi, DRC on 17 March 2021 threatens to open a can of worms, security sources have told The NewsHawks.

Zingman was arrested at an airport in Lubumbashi after meeting former Democratic Republic of Congo (DRC) leader Joseph Kabila.

His whereabouts remain unknown since his arrest. He was seized together with his colleague Oleg Vodchits and their Italian business associate Paolo Persico.

An executive at Zingman’s company AFTRADE told The NewsHawks that his arrest and detention in DRC is unlawful. A company spokesman is quoted as saying:

We are deeply concerned about Alexander Zingman being unlawfully detained in the DRC. He was in the country on a legitimate business trip for generating agricultural trade with our partners in Africa.

We call (upon) DRC authorities to release Mr Zingman, his colleague Oleg Vodchits, and their Italian associate Paolo Persico immediately.

To detain Western businessmen on a business visit is not helpful for our efforts to promote trade with Africa.

Zingman was at the centre of Zimbabwe’s US$58 million agricultural equipment deal with Belarus in 2019 and a comprehensive US$350 million trade arrangement between the two countries.

President Mnangagwa is close to Zingman, and he has been to Zimbabwe several times to meet Mnangagwa and his officials.

Mnangagwa has on several occasions been publicly photographed with Zingman, one time at his Harare home with his son Emmerson Junior.

Mnangagwa and Zingman reportedly are caught up in the messy DRC conflict between President Felix Tshisekedi and Kabila.

A governing coalition fostered by the two after the 2018 elections collapsed recently, with Tshisekedi seizing control of parliament and purging Kabila’s allies.