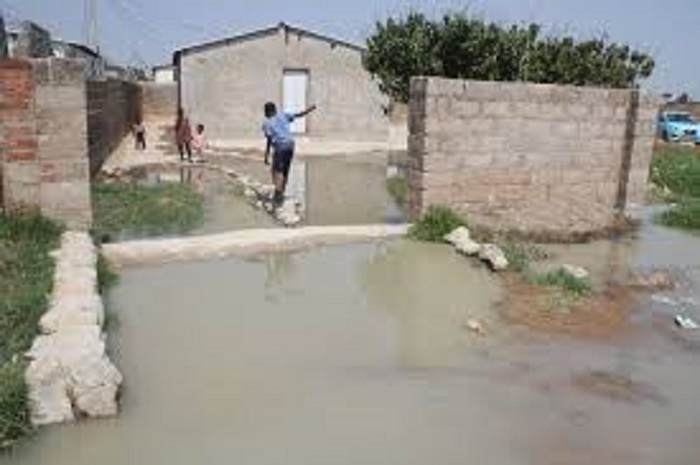 The Combined Harare Residents Association (CHRA) has said Harare is likely to experience an outbreak of waterborne diseases due to the city fathers’ failure to collect refuse and attend to sewer bursts.

CHRA conducted a snap survey that exposed the rot in the capital especially in high-density suburbs such as Mufakose, Highfields, Mabvuku, Tafara, Glen View, Budiriro.

The residents’ group reports that the suburbs are grappling with unattended sewer bursts and uncollected solid waste becoming an order of the day.

City officials in Glen View highlighted that they were unable to attend to the sewer bursts due to lack of equipment. A city plumber stationed at Glen View told CHRA:

We can’t attend to the bursts because we do not have the rods for sewer chokes, the one set of rods we have has been sent to Mufakose.

In Mabvuku residents have made a makeshift sewer pond after the City failed to fix a perennial sewer burst at corner Mashingwe and Chizhanje with residents resorting to open defecation in maize fields because their toilets are now unusable because they are flooded with sewer. Mr Chikoti, a Tafara resident told CHRA:

We need to urgently conduct all stakeholders that will include development partners operating in the area in order to come up with a collective intervention the situation can go haywire anytime if we continue watching.

The situation is reportedly worse in Glen View where sewer is now gushing out from toilets flowing into houses. Charged Vimbai Nyachuru CHRA Ward 32 Coordinator:

The City center has not been spared as piles of uncollected waste are heaped at Charge Office Bus terminus and behind First Street Police Post.
The situation also comes at a time when there are machinations to sweep the issue of 15 undelivered refuse trucks under the carpet which were purchased by the City in 2015 at a cost of US3,1 million.
Harare City Council claims that they are failing to collect refuse due to lack of refuse trucks, however, CHRA suggests the city fathers have not revealed the state of 15 refuse trucks purchased from Mass Breed Investments.
The residents’ union also accuses the Ministry of Local Government, Public Works, and National Housing for remaining “mum on the issue.”
CHRA has since petitioned the Parliament of Zimbabwe on the issue of the 15 undelivered refuse trucks in a bid to cause an investigation on the issue.

One Comment on “Waterborne Diseases Brewing In Harare – CHRA”