The Zimbabwe Republic Police (ZRP) has named some of the victims of fatal road accidents that happened along Harare – Mukumbura road on Wednesday. Six people died in the accidents. We present ZRP’s statement below.

The Zimbabwe Republic Police expresses its deepest condolences to the bereaved families of six (06) people who died as a result of two (02) separate road traffic accidents which occurred along Harare-Mukumbura Road on 24 March 2021.

The first accident occurred at 2100 hours when a motorist driving a Mercedes Benz vehicle towards Bindura with one (01) passenger on board collided head on with a Toyota Cresta vehicle with one (01) passenger on board at 55 kilometre peg along Harare- Mukumbura Road. The Mercedes Benz later caught fire and the driver was burnt beyond recognition. All the four (04) occupants of the two vehicles died as a result of the collision.

Bodies of the victims were ferried to Bindura hospital for postmortem and the victims are yet to be identified.

As a result of the accident two (02) people died and six (06) were injured. The injured people were referred to Bindura hospital where they are still admitted while the deceased have since been identified as follows:

• Vimbai Margaret Mugomberi (23), a female student at Bindura University of Science and Education.

• Gerald Simbarashe Mutambiranwa (21) a male student at Bindura University of Science and Education.

The Police urges motorists to be observant, exercise extreme caution, and avoid speeding. Drivers must be patient when travelling and always aim to be exemplary on the roads. 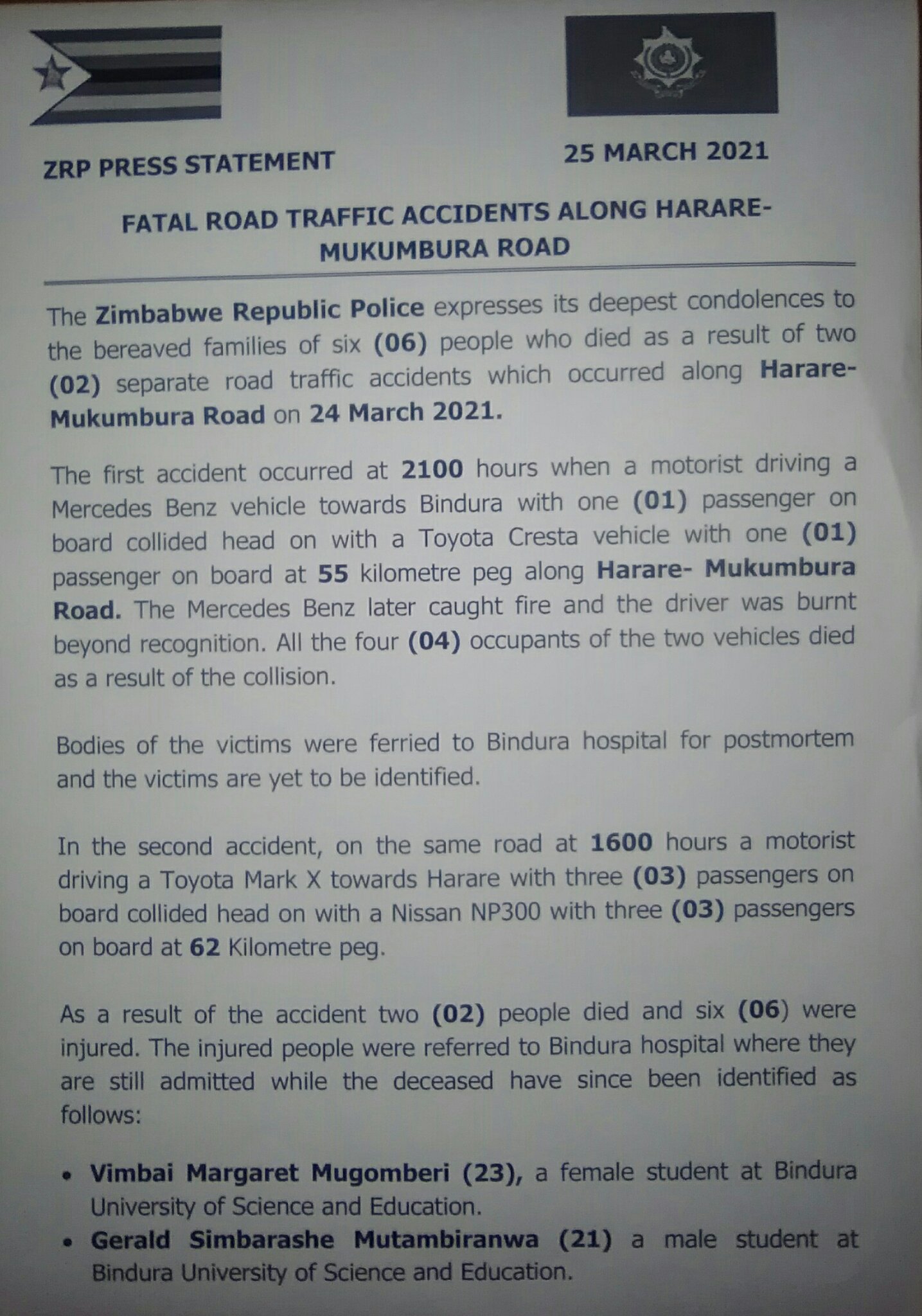 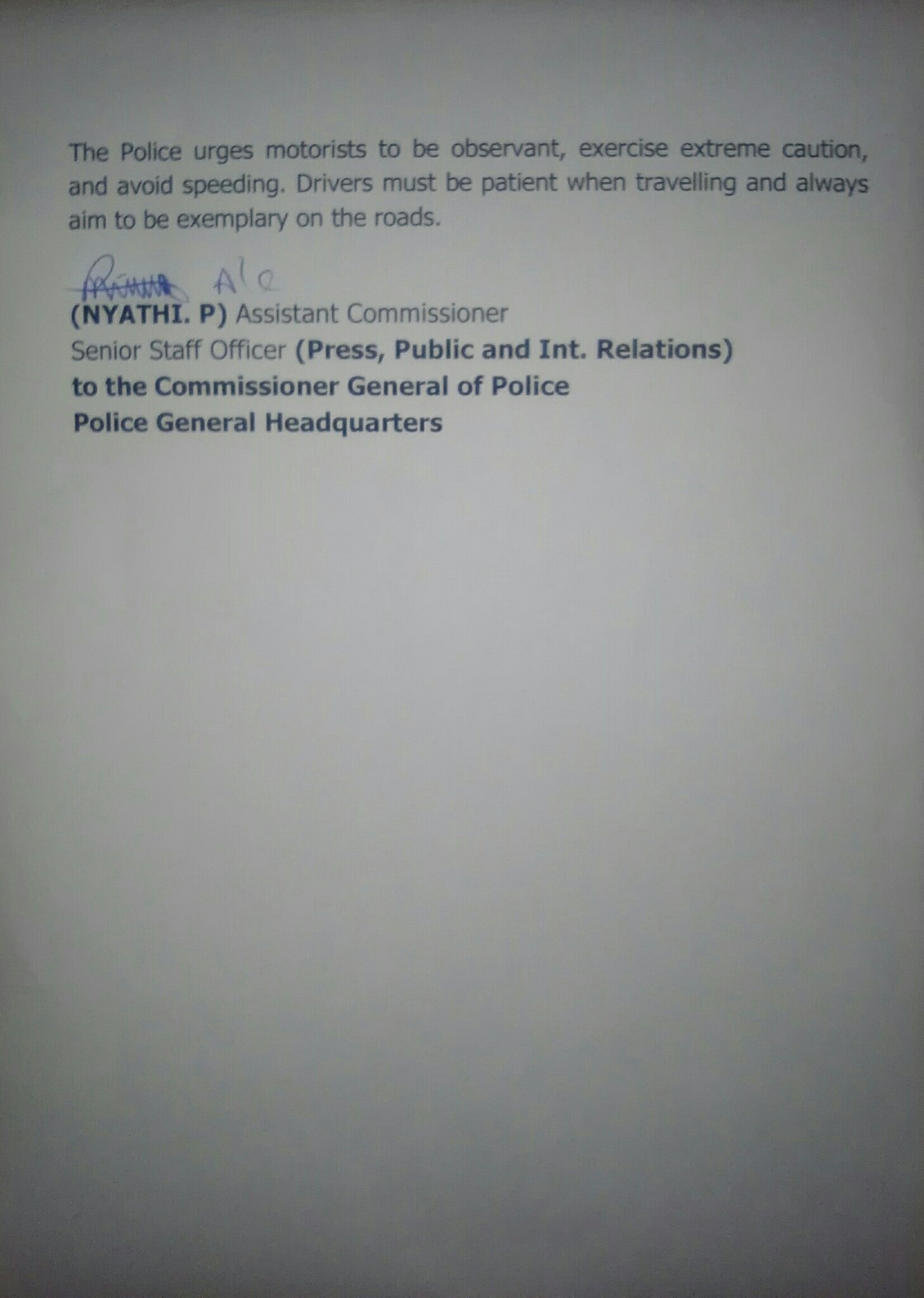