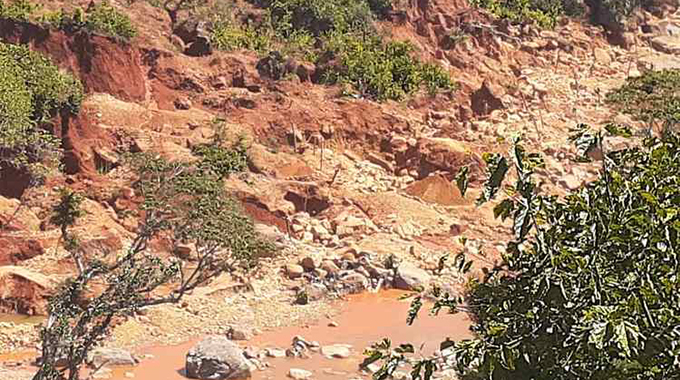 A woman from Chimanimani recently died after being struck by two huge rocks while harvesting sand for dishwashing in a stream.

Tecla Tumbare of Bvumisai Village under Chief Ngorima was in the company of her two neighbours, Tendai Zhuwawa and Sekai Musasa on the fateful day.

The trio had gone to Gomba Stream to collect sand for dishwashing and as they were digging, two big rocks hit Tecla and she sustained multiple fractures on her ribs.

She was rushed to Ngorima Clinic before being transferred to Chipinge District Hospital.

Tecla was confirmed dead upon arrival at Chipinge District Hospital.