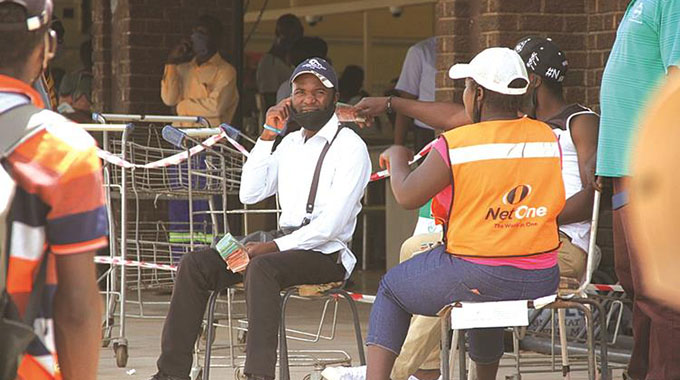 Illegal money changers are now targetting shoppers using foreign currency, offering to pay a premium. They hang around shop fronts and even inside supermarkets.

The forex dealers use their bank cards or Ecocash to pay for groceries and other items on behalf of shoppers and get the hard currency later.

Most major retail outlets use the official forex rate of US$1: Z$84 but the illegal foreign currency traders are offering higher rates ranging from $100 to $110 per US$1.

The practice has been denounced by Confederation of Zimbabwe Retailers Association (CZRA) president Denford Mutashu who called on police to intervene. Mutashu said:

Illegal foreign currency traders operating on the entrances to major shops have become a menace. They are an ugly creature, not only to us but to the entire economy. They are weighing down on positive policies introduced by the Government to revive the economy.

It’s a huge problem for the sector. It is now difficult for established shops to raise forex for restocking. All forex is now being mopped and diverted to the black market.

We are not an arresting authority, but we continue to engage the police in our quest to curb the rot. The police have tried their best, but they are also facing challenges.

We need to work together with law enforcement agents.

Traditionally illegal money changers operate in the Central Business District of major towns and cities but they have now moved to retail chains where some people buy goods using forex.

Supermarkets like OK Zimbabwe, Pick n Pay, Mahomed Mussa, Spar and others that stick to the official auction rates in their transactions are mostly targeted by illegal money changers.