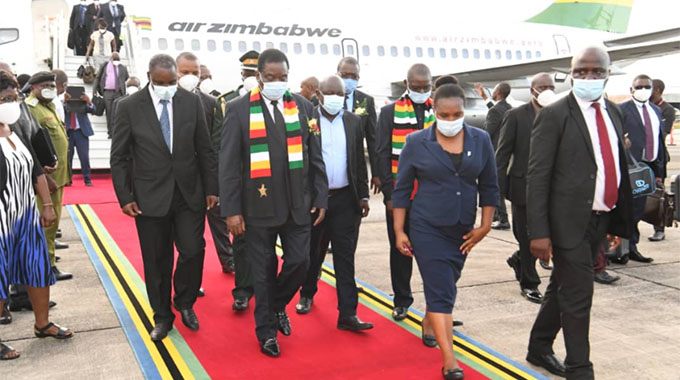 President Emmerson Mnangagwa arrived in Dar Es Salaam, Tanzania on Sunday en-route to Dodoma, where he will join other African leaders at a special funeral ceremony for the late Tanzanian leader John Magufuli.

They were seen off by Vice President Constantino Chiwenga, Chief Secretary to the Office of the President and Cabinet Dr Misheck Sibanda, Service Chiefs and senior Government officials.

According to a funeral programme announced by the Tanzanian President, Samia Suluhu Hassan, Tanzanians started paying their last respects on Saturday for five days. She said:

On Monday, March 22, Dodoma residents will mourn and pay their last respects before the body is transported to Mwanza.

Magufuli’s family and residents of Chato and neighbouring areas will mourn him and say farewell to their beloved leader on March 24.