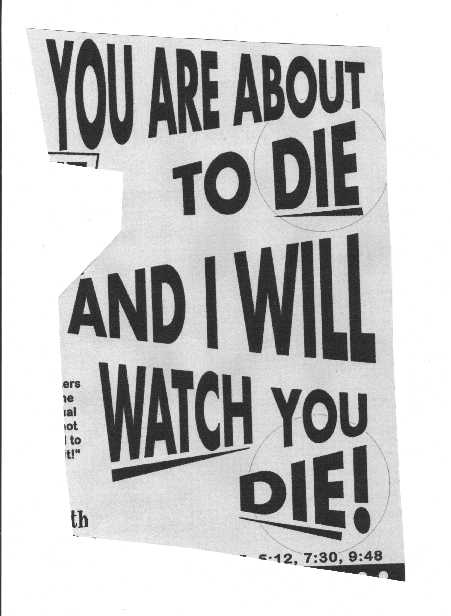 A strange incident that occurred in Sinotsi villagers in Bulilima’s Ward 8 in Matabeleland South in which a woman who had died resurrected three times before burial has left villagers and people from nearby villagers unsettled, the Chronicle reports.

77-year-old Ms Thembeni Moyo was first certified dead by elders in the community as per custom in February this year before her first resurrection.

Her first death was narrated to the Chronicle by her sister Ms Thandi Sebele who said:

Before her first death, her body became swollen and she started having breathing difficulties. Later, she stopped breathing altogether. She had no pulse and was unresponsive to all kinds of stimuli. Neighbours gathered to pay their last respects.

I was in the room where the body lay with two other neighbours when we saw my dead sister stirring. We could not believe our eyes and at first, we thought it was the light. Then we saw her struggling to move her body. We were shocked and scared out of our wits. We crowded in one corner until she finally opened her eyes

Sebele said mourners who had gathered dispersed and went back home that day, Moyo reportedly died the second time and this time they waited a little bit to tell the neighbours about her death:

Everyone was talking. everyone including myself didn’t understand what had happened. People departed for their homes and my sister died again a few hours later. We did not rush to notify people this time around. But after some hours when her body had turned cold, we eventually told them.

The family spent a night in grief and when it was time for burial early in the morning, we found her sister alive. This time around I didn’t feel any relief or happiness. I was drained of emotion. I had a million thoughts. I was now scared of her but there was nothing I could do when everyone started drifting away, I could not turn my back on her.

Sebele said they were referred to United Bulawayo Hospitals UBH and they did not have money to take her to the hospital and she died again 3 days after her second resurrection only to be found alive again a few hours later:

After three days her sister became pale as she could not eat anything. Around 11am in the morning she had no pulse, was not breathing and could not move.

We kept it confidential this time around and she woke up the next day around 5am she was up again. Just when I was planning to invite a pastor, she lost her pulse and suddenly became cold. This time I was certain she was gone for good.

She had left us. Neighbours gathered for her burial. She died on a Monday but we delayed her burial to Friday

When the publication contacted the Province’s Provincial Medical Officer she refused to comment on the issue and said a person is medically certified dead if they check the heartbeat, their breathing and if their pupils are dilated or fixed.

In 2019, a Zimbabwean man Eliot Moyo was reportedly resurrected by a Johannesburg Pastor before he reportedly died a few weeks later.