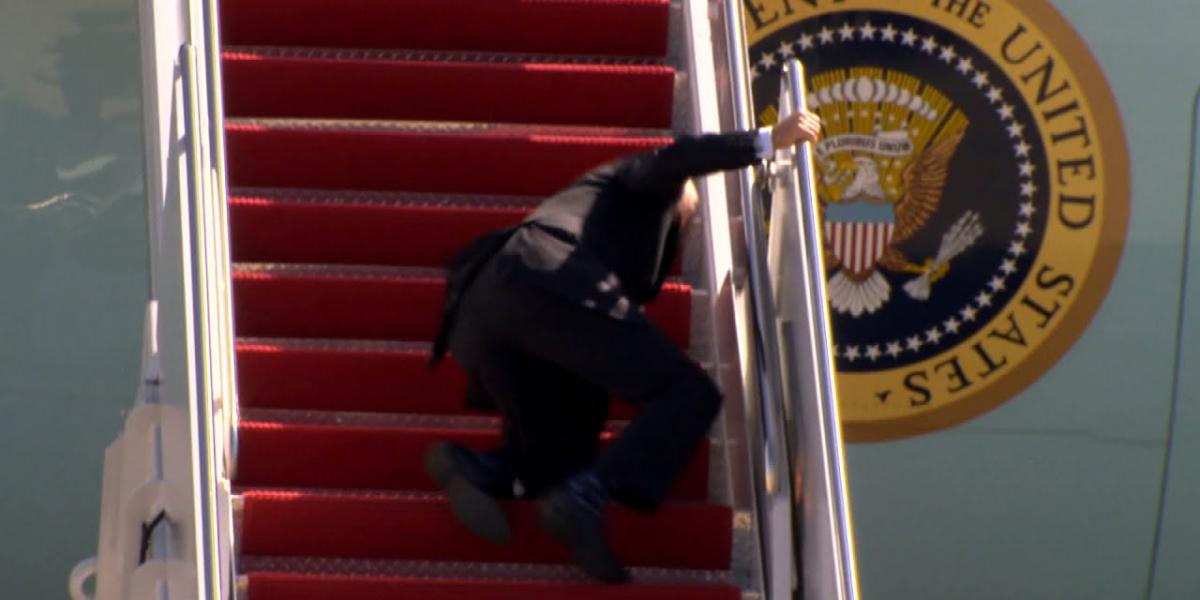 United States President, Joe Biden, tripped and fell three times while trying to board a plane Friday after visiting Georgia to meet with Asian communities over a series of shootings earlier this week that left eight people dead. But getting on Air Force One proved difficult as he tripped three times before falling up the stairs leading to the presidential plane. At 78, Biden is the oldest president in the nation’s history. The White House says he is “doing 100% fine” after the spill.

In 2015, then 90-year-old Zimbabwean president, the late Robert Mugabe made headlines after he caught his foot on a wrinkle of red carpet and plunged to the ground, right in front of a crew of photographers. The fall enhanced questions of whether he was still fit to be in office or not.

Some analysts already say Biden looks frail. He was elected into office in November last year. Watch the video below for more.