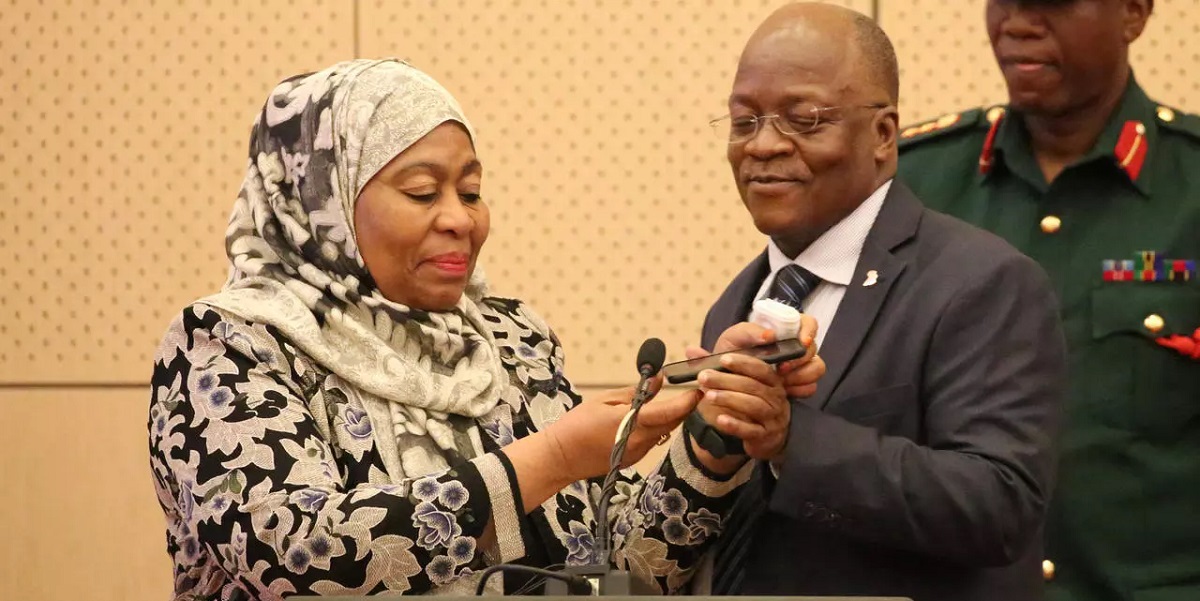 The recently inaugurated new president of Tanzania, Samia Hassan Suluhu has pledged to correct the wrongs that were done during the time of her predecessor John Magufuli who died on Wednesday in Dar es Salam.

Hassan rises to power amid criticism at the government over its approach to the coronavirus. Her predecessor’s claims that the coronavirus had been defeated by prayer is said to have triggered complacency among many.

She will finish Magufuli’s second five-year term, set to run until 2025. peaking during her inauguration ceremony on Friday in Dar es Salam, she said:

I can assure Tanzanians that there is nothing that will go wrong during this time. We will start where Magufuli ended.

Let us all be patient and unite as we move forward.

Her brief speech came after she took the oath of office, inspected a special guard and received a 21-gun salute.

She appeared on state television on Wednesday night to announce that Magufuli, absent from public view for three weeks, had died from a heart condition adding that “The Bulldozer” would be buried next Thursday in his hometown of Chato in northwest Tanzania.

Citizens have been invited to pay their respects at events in other cities from Saturday. Former presidents have typically been displayed in an open casket, but it is unclear whether this will be the case for Magufuli.