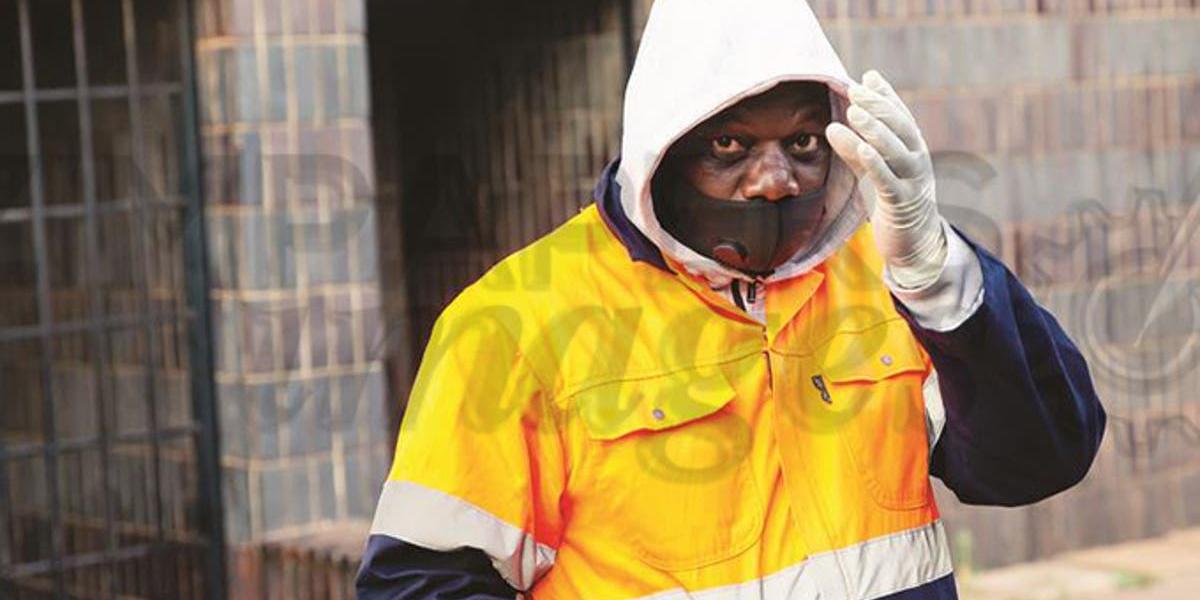 ZRP has confirmed that suspected land baron Felix Muyaradzi today handed himself to the police. Muyaradzi who was reportedly granted permission secretly to go and attend his father in law’s funeral in Zvimba, without being granted bail by a court was arrested for illegally parcelling out land to home seekers in Westgate last year.

Munyaradzi according to the Herald after attending the funeral went on and spent the night at his house in Borrowdale and even rewarded the officers who had managed to secretly execute his release from prison. He was later on freed on $55 000 bail.

However a Harare man last week filed a complaint at ZRP that stated that Munyaradzi was clandestinely allowed to attend the burial and he was accompanied by ZPS officers dressed in plain clothes and he said they believe it was not proper for Munyaradzi and ZPCS to do that:

He was in the presence of two prison officers dressed in civilian clothes. I believe this is not proper. After the burial, Munyaradzi went to sleep to his Borrowdale home and then returned back to prison the following day.

I also established that Felix Munyaradzi slaughtered two beasts for the prison officers and gave them 200 slaughtered chickens which were destined for Harare Remand Prison.

Today this evening ZRP stated that Munyaradzi handed himself over to the police in connection with a criminal investigation they were said they are carrying out:

The Zimbabwe Republic Police Special Investigations Unit and Special Anti-Corruption Unit (SACU) confirm that Felix Munyaradzi handed himself to Police this evening in the company of his lawyers.

Prior to the update that he handed himself over to ZRP, ZRP has issued a statement stating that they are looking for him:

The Zimbabwe Republic Police Special Investigation Unit and Special Anti-Corruption Unit (SACU) are appealing for information which may lead to the location of Felix Munyaradzi in connection with criminal investigations which are currently underway.

The suspect has not co-operated with Police despite several invitations to him with his legal team. Anyone with information to contact any nearest Police Station.

This comes a few short weeks after another suspected land baron died in Parirenyatwa hospital while in custody. Last year it was alleged that Delish Nguwaya was visiting Munyaradzi in prison demanding a bribe of stands over some deals they did prior to his detention.