Alex Tawanda Magaisa, the former Chief of Staff in the office of the former Prime Minister of Zimbabwe, the late Morgan Tsvangirai said the list of 100 beneficiaries of the foreign currency exchange auction released on Tuesday by Reserve Bank of Zimbabwe (RBZ) is misleading. Below is Magaisa’s Twitter thread.

The @ReserveBankZIM announced a list of what it called the top 100 beneficiaries of the Forex Auction System for the 1st 8 months. A good move you would think, except it’s incomplete, vague and misleading. Much remains obscure in the bottom part of the list.

The so-called top 100 beneficiaries only account for 45% of the total forex that was sold. The bulk of the forex (55%) went to “other companies and individuals”. Who the beneficiaries in this shady category are is as clear as mud. It raises questions. 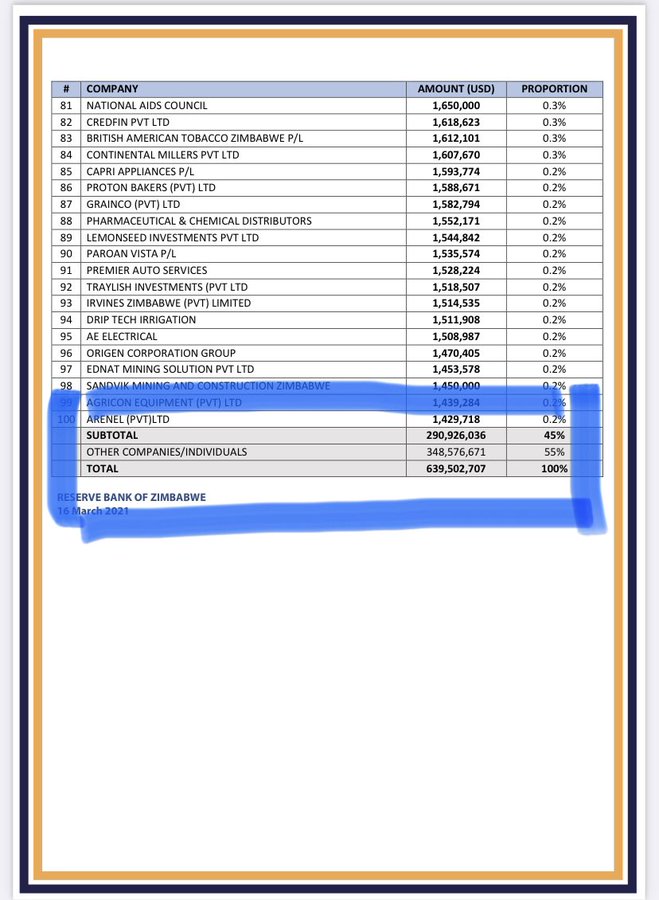 It is disingenuous and deceptive for the central bank to purport to be transparent when its list accounts for a small fraction of the bigger picture. It’s like inviting guests to a dinner party and announcing that the party is over after the starters!

If anything, the RBZ list raises more questions than there were before it was published. Because now we are all curious to know who the “other companies & individuals” who got the bulk of the money are. Who are they & how much of this larger share of the cake did they get?
They will probably say the remainder are outside the top 100. This is difficult to believe. But even if that is the case, may they publish the full list in the interests of full disclosure & transparency. They started it. They might as well finish it & remove all doubt.