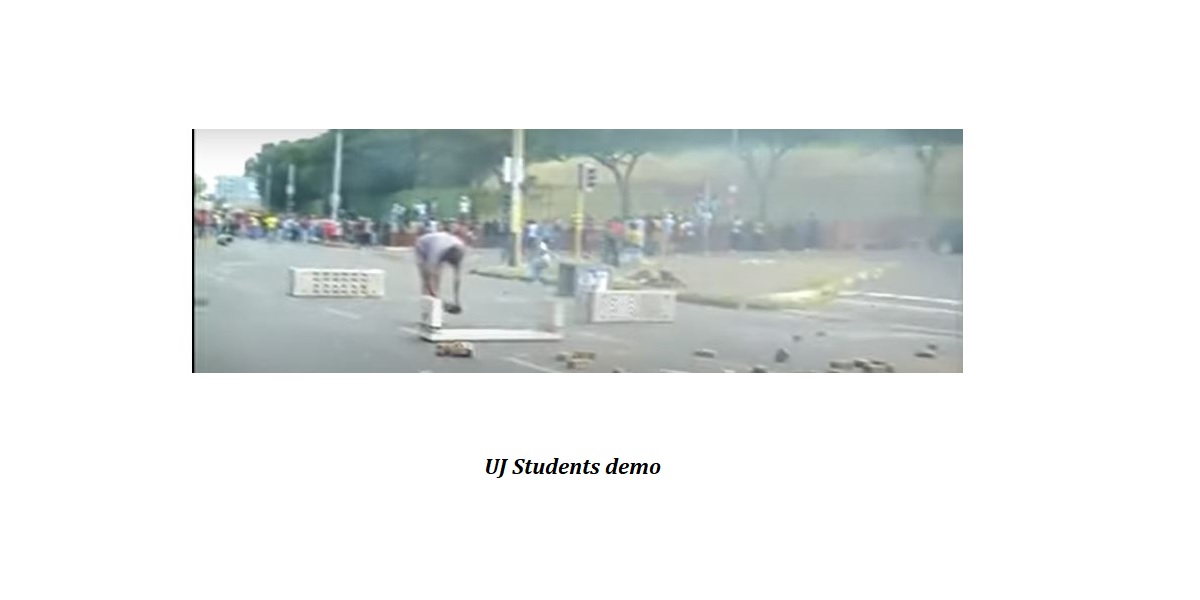 Scores of students from the University of Johannesburg (UJ) were arrested on Monday for public violence amid nationwide protests and the arrests fueled anger among the students.

The students took to the streets demanding for the scrapping off of the historical debt and that none of them be excluded due to a lack of funds.

Meanwhile, Universities in South Africa are saying they don’t have the money to do this.

Our fight must last for a very long time if our demands are not met.

Protesting students forced several of their peers out of buses belonging to the university. Tensions soared after they marched to the Bunting Road Campus, forcing their way in.

Meanwhile, the university says there’s been little disruption to its academic programme as most of its lectures are online, but students insist their protest will continue until their demands are met. Watch the video below for more.