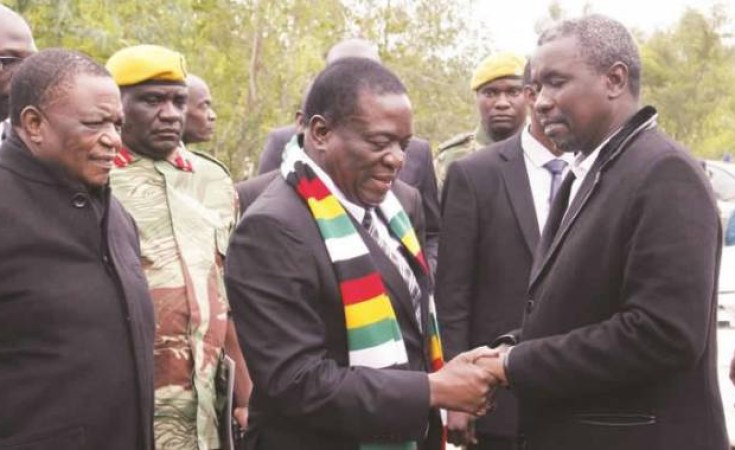 The Parliament of Zimbabwe has launched an investigation into how Sakunda Holdings and Intratek were unceremoniously awarded tenders by the local power utility, ZESA.

Sakunda Holdings which is owned by President Emmerson Mnangagwa’s friend Kudakwashe Tagwirei was awarded a multi-million-dollar tender to construct a 200MW diesel power plant in Dema even without placing a bid.

The tender was initially won by APR Energy Holdings, a United States-based firm in 2015, but was later inexplicably rescinded and handed over to Sakunda, who in turn subcontracted a losing bidder, Aggreko, as a partner.

Meanwhile, Intratek which is owned by ex-convict Wicknell Chivayo was awarded the 100MW Gwanda solar power plant tender albeit the company did not meet all the minimum requirements.

Committee chairman Tendai Biti, a legislator for Harare East, said they were also digging into other underhand dealings involving Zesa following a 2019 audit that alleged endemic corruption at the power utility. He said:

Today as Public Accounts Committee we began our work on Zesa. We will be examining issues to do with the Gwanda Intratek solar project, the Dema Sakunda Diesel Power Plant, the Zesa technology transfer agreement with India’s PME, and the US$35m Afrexim-Zesa loan, among other issues.

He was speaking after Zesa executive chairman Sidney Gata on Monday had appeared before legislators for questioning and gave him until Friday to avail all the pertinent details on the deals.

Gata, however, argued that individuals who were better positioned to respond to some of the questions were no longer with the power utility promising nevertheless that he will research the facts and provide answers.

He also told lawmakers that the Dema diesel project had since been abandoned.

Zimbabwe is reported to have lost billions of dollars through corruption and analysts believe the country could have been one of the fastest-growing economies on the continent.

One Comment on “Parliament Probes Sakunda And Intratek Tender Scandals”