Finance and Economic Development Minister Mthuli Ncube has extended a suspension of the fungibility of Old Mutual and PPC Limited stock for another year.

Minister Ncube said the government was still considering the implications of an audit report.

The government last March banned the movement of PPC and Old Mutual shares across borders claiming that this fueled currency speculation.

Ncube’s directive was issued on 12 March 2021 under General Notice 371A of 2021, titled “Exchange Control (Suspension of Fungibility of Certain Shares) Order 2021”. It read in part:

… the Government, having received the audit report, is still considering its implications:
Now, THEREFORE, I, Hon. Professor M. Ncube, in my capacity as an exchange control authority under Part V (“Securities”) of the Exchange Control Regulations, 1996 (Statutory Instrument 109 of 1996), hereby order the suspension, for a period of twelve months from the publication of this general notice ending on the 11th March 2022, of every authority, directive or order granted by any exchange control authority allowing the fungibility of shares of the following companies listed on the Zimbabwe Stock Exchange –
(i) Old Mutual Limited;
(ii) PPC Limited. 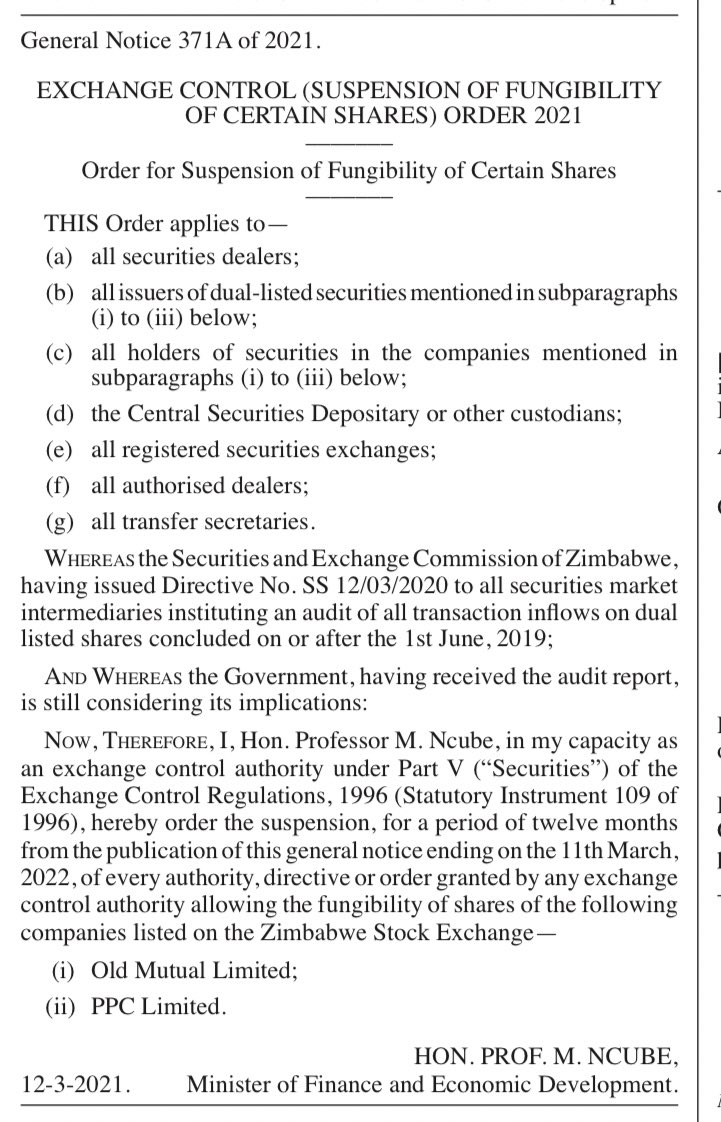