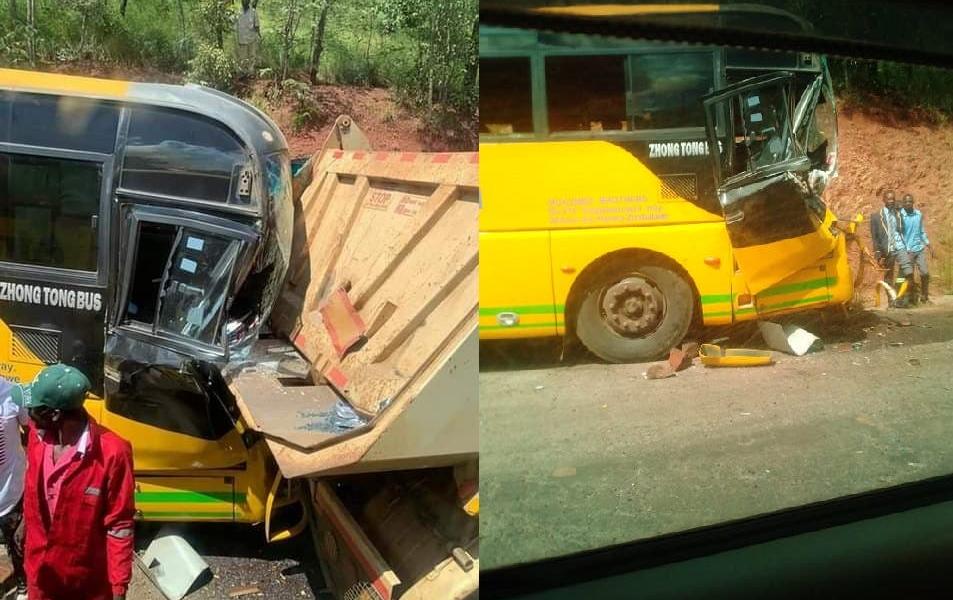 2 people, a bus driver and a student were injured when the bus that was ferrying Pakame High School Students rammed into a haulage truck at Boterekwa Hills in Shurugwi, The Herald reports.

The accident reportedly occurred around 1 PM yesterday and it was confirmed by Assistant Commissioner Paul Nyathi who said:

The accident occurred around 1pm today (yesterday) at Boterekwa in Shurugwi. The Inter Africa bus was following behind a truck and its brakes failed. The bus then smashed at the back of the truck, resulting in two people the driver and a student being injured.

Drivers should always be cautious, especially when driving on the roads like the one at Boterekwa. There is need for caution

The bus driver reportedly suffered a fractured left knee while the student has a minor knee injury. Schools have opened today for the writing classes and the rest of the students are expected to start on Monday next week.