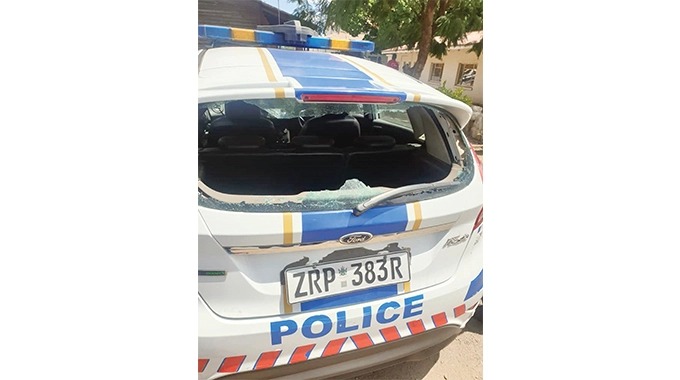 Pirate kombi drivers (Mushikashika) attacked traffic police officers before smashing the rear windscreen of their patrol vehicle and stealing a car battery that was in the boot.

The incident took place in Bulawayo shortly after 10 AM on Friday.

The commotion was caused by kombi drivers following the interception of a kombi that was involved in an accident while fleeing from the police, witnesses told the Chronicle.

When kombi crews spotted our officers, they sped off resulting in one of the drivers hitting another vehicle.

Police also chased after the same kombi and upon reaching 5th Avenue intersection, the kombi driver caused another accident leading to his arrest.

The drivers and touts also smashed the windscreen of the police vehicle during the melee.

Insp Ncube warned members of the public against engaging in lawlessness saying those who attacked police officers should surrender themselves to police. He added:

This is not just an attack on police officers but on the entire Zimbabwe Republic Police and Government.

It’s a behaviour that will not be tolerated and it would be in the best interest of those involved to hand over themselves to the police before the long arm of the law catches up with them.