Information, Publicity and Broadcasting Services Permanent Secretary Nick Managwana has dismissed reports that passports are ready for collection as claimed on social media are is fake.

Using microblogging site Twitter, Mangwana said people should not fall for the notice circulating on social media because it is fake. He wrote:

Don’t fall for it. It’s mischief. We wish it was true. But it’s not.

A post on Facebook purportedly by the Makombe Passport Office said members of the public who applied for passports from 2019 to February 2020 can now collect the travel documents from the Registrar-General’s office. The message read:

The Registrar General would like to Advise the General Public that to those who applied their Passports for The Period 2019 to February 2020.

All Your Passports are now Ready For Collection and Should be Collected at Regional Offices From Monday the 15th of March 2021.

Please Kindly Note that The Passport will be issued at No Extra Charge. 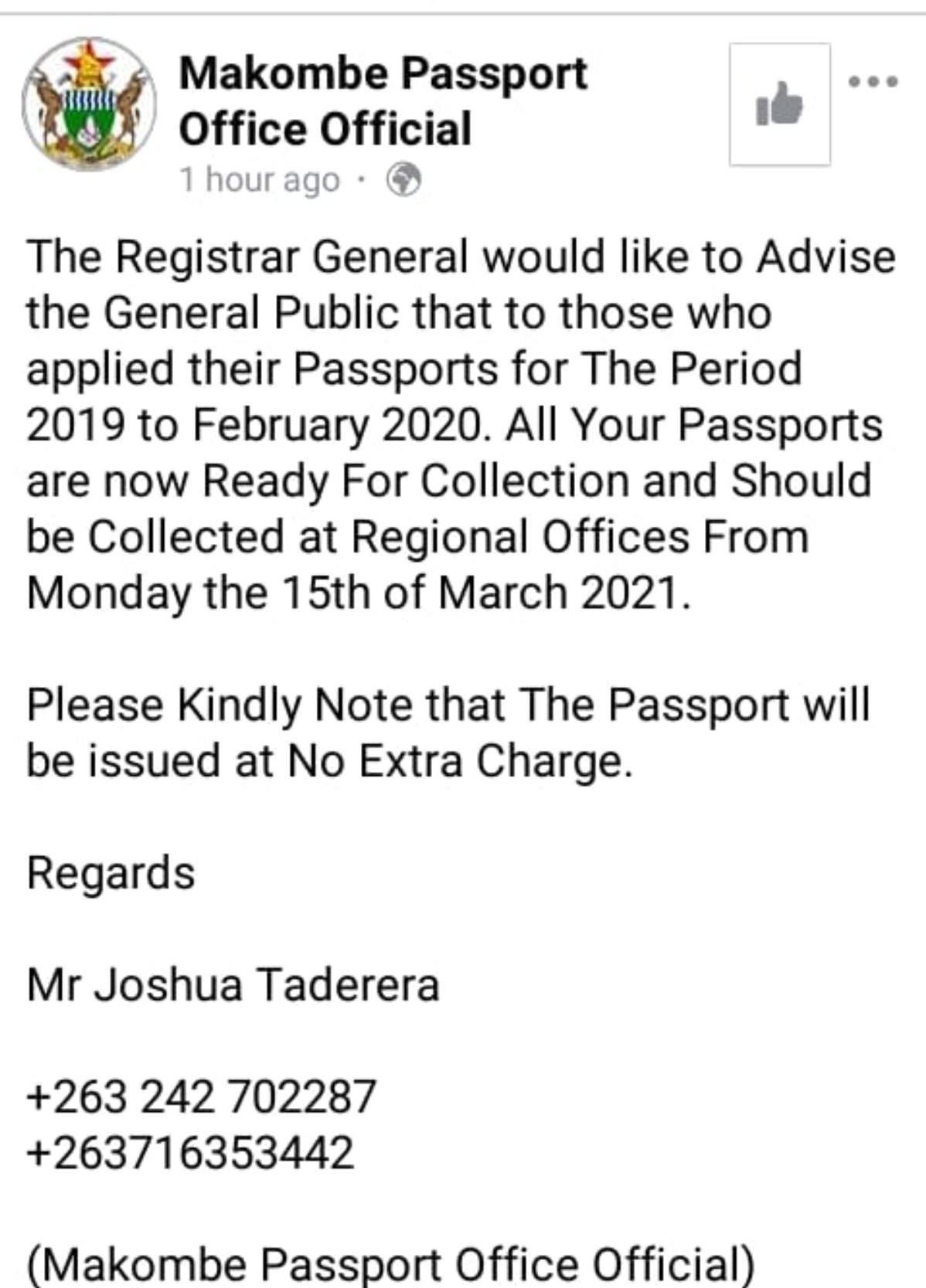 Recently Home Affairs Minister and Cultural Heritage Minister Kazembe Kazembe told parliamentarians that they were going to clear the backlog as they were currently dealing with issues of passport consumables.