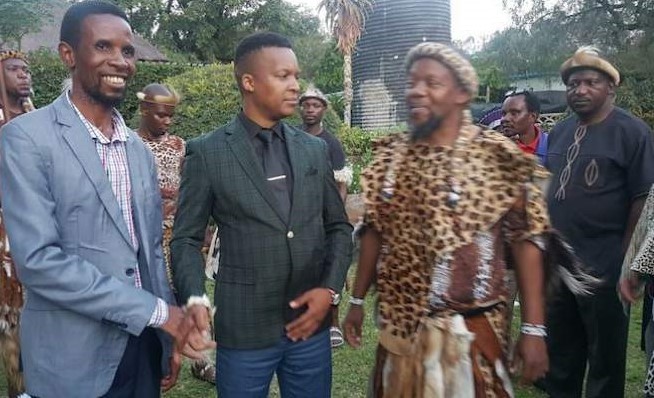 King Bulelani Lobengula of the amaNdebele Nation throughout Matabeleland and the Midlands in Zimbabwe, and in the Diaspora, on behalf of himself, the Khumalo Royal Family and the entire Mthwakazi Nation in its diversity, would like to convey his deepest condolences to the Zulu Royal Family and the entire amaZulu Nation on the passing on of His Majesty King Goodwill Zwelithini kaBhekuzulu on the 12th of March, 2021.

The symbolic significance of the late Zulu King in the cultural identity of amaNdebele people of Zimbabwe always stood as a source of pride and citadel of hope in their quest to reclaim their own national pride and completeness.

We also cherish the numerous moments His Majesty accorded to us as a re-emerging Royal Leadership of our people and the words of wisdom given to us for the full actualization of the Matabele Nation.

He was indeed a cultural father figure not just to Mzilikazi’s amaNdebele people, but also to all Zulus in the Diaspora who spread out to the rest of the continent during Mfecane.

May his soul rest in eternal peace as the entire Zulu nation finds comfort in his heroic legacy.