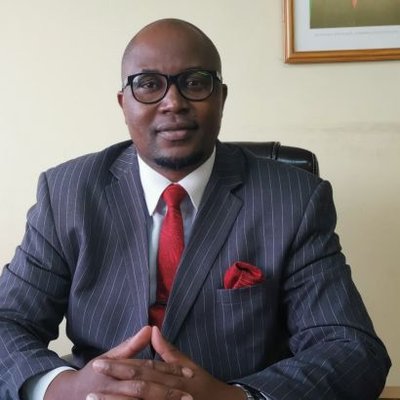 Muguti has reportedly admitted at some point that by working on purging land barons from Harare, he had stepped on many land barons’ from the MDC and from Zanu PF’s toes and some threatened to deal with him.

Muguti’s hospitalisation was confirmed by Harare Metropolitan Affairs minister Oliver Chidau who told the publication that:

I only know he has not been well. I don’t know anything outside that. He is not feeling well, that’s all I know. We are wishing him well and that he should be coming back soon. He just says he is feeling weak.

Tafadzwa Muguti who reportedly became infamous in Zanu PF WhatsApp groups as many people complained about him took to Twitter to announce his illness and said:

The last few weeks have been very difficult for me and my family. I fell very ill at work and found myself thinking these were the last days of my life.

When I was appointed to be PDC for Harare province, it was a privilege and an honour to serve my country more. Little did I know the fires ahead

Within three months, our team had awoken the lost noise about land barons. We held well over 30 interviews in a short space of time advocating for land barons to fall. Let me be the first to say I underestimated darkness because when they responded, they hit hard.

I will be back healthier and stronger, for the Lord will heal me and give me more time for the cause.

The government has intensified its war against land barons telling them that they will be made to compensate home seekers and face the full wrath of the law.