The Zimbabwean government has scheduled a meeting with civil service workers’ representatives after workers had threatened to embark on protests over salaries.

Following the threats of industrial action, the government announced the meeting between workers’ representatives and the Government team in the National Joint Negotiating Council (NJNC).

The meeting is scheduled for tomorrow, the 12th of March 2021. In a statement by the Secretary in the Public Service Commission, the government said:

Government is pleased to confirm that the meeting between workers’ representatives and the Government team in the National Joint Negotiating Council (NJNC) is scheduled for tomorrow, the 12th of March 2021. The meeting will deliberate on a Cost of Living Adjustment (COLA) and other matters that relate to the welfare of civil servants.

Government is satisfied that preparations for the opening of schools are proceeding well. All civil servants who have been called to work are expected to report at their workstations on the date they are scheduled to commence work. Government will apply the principle of no work no pay in respect of civil servants who absent themselves from work, a principle that is fair to clients who are entitled to services, as well as to those civil servants who report for work. 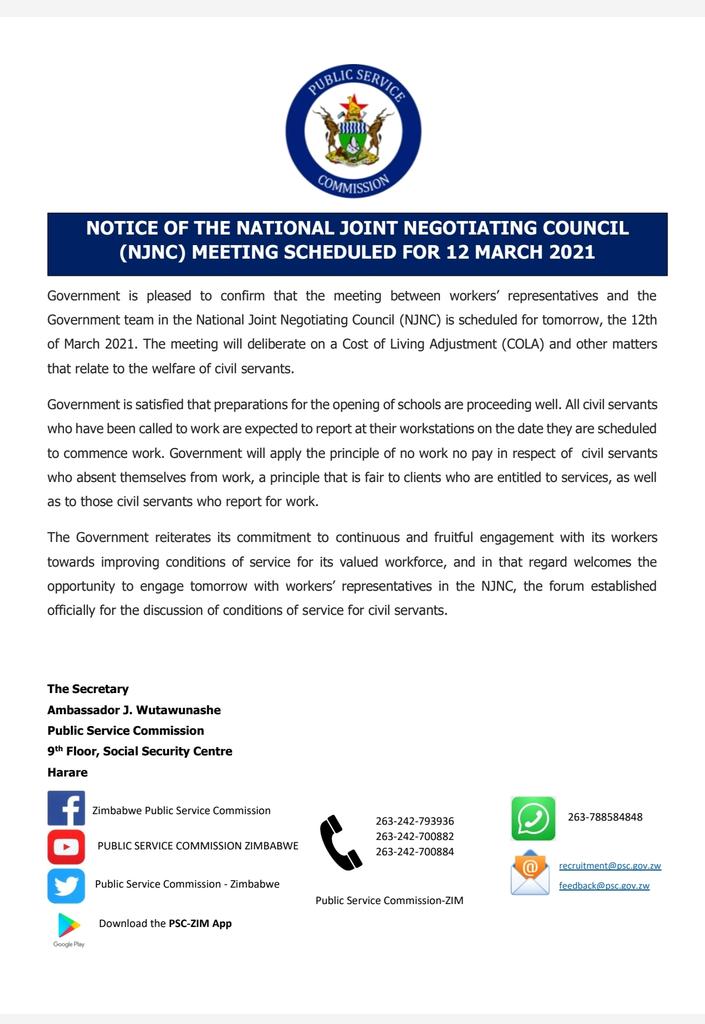