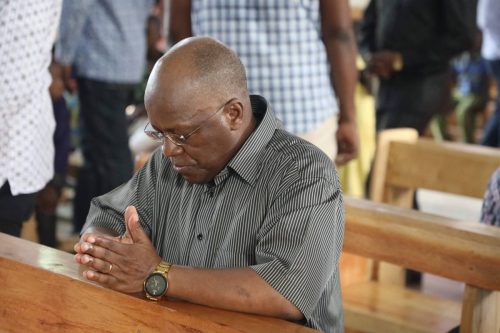 BBC has reported that Tanzanian president John Magufuli is in a hospital in Kenya where he is being treated for COVID-19 and is in a critical condition.

The broadcaster said opposition leader Tundu Lissu was told by well-placed sources that Magufuli had coronavirus and a cardiac arrest with the latter being a sudden, unexpected loss of heart function, breathing and consciousness.

BBC Africa adds that they did not verify the report. Mr Lissu told the BBC’s Africa correspondent Leila Nathoo from exile in Belgium:

He has never worn a mask, he has been going to mass public gatherings without taking any precautions that people are taking all around the world.

This is someone who has repeatedly and publicly trashed established medicine, he’s relied on prayers and herbal concoctions of unproven value.

Magufuli has not appeared in the public for 11 days prompting rumours that he indeed had contracted the virus which he had for months downplayed.

Tanzania’s approach to COVID-19 has received criticism from various stakeholders including the World Health Organisation (WHO).