The Zimbabwe dollar has continued to drop against the United States Dollar (USD) as indicated by the Reserve Bank of Zimbabwe’s Foreign Exchange (Forex) Auctions.

In total, US$37.1 million was allotted this week, with the bulk of the allotment (US$16.4 million) going to raw materials followed by machinery and equipment (US$6 million).

241 bids were received on the Small to Medium enterprises forex auction, with 205 accepted and 36 disqualified.

On the main forex auction, a total of 371 bids were received, 298 were accepted while 73 were disqualified. 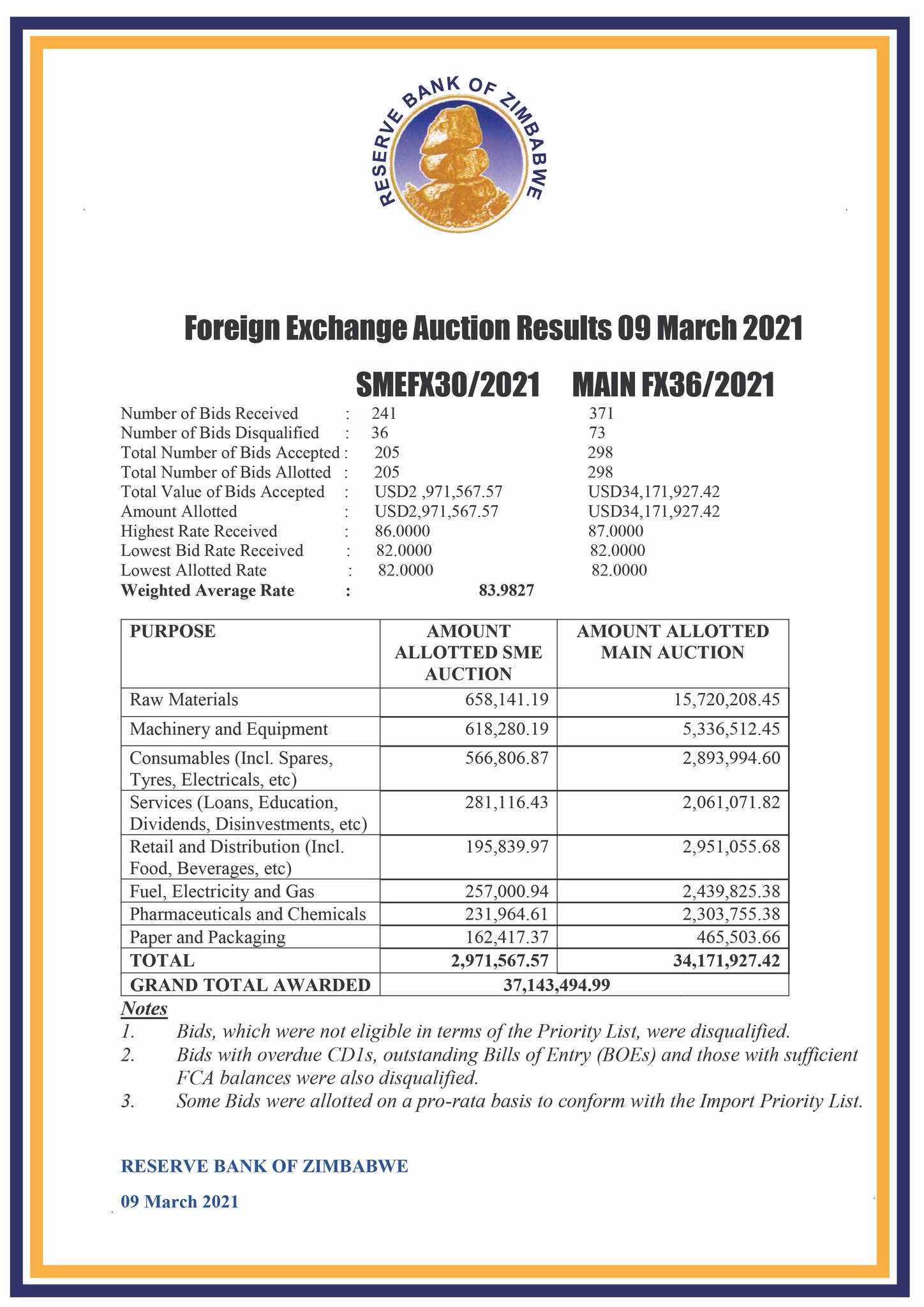 One Comment on “RBZ Forex Auction: Zimbabwe Dollar Continues To Drop Against USD”