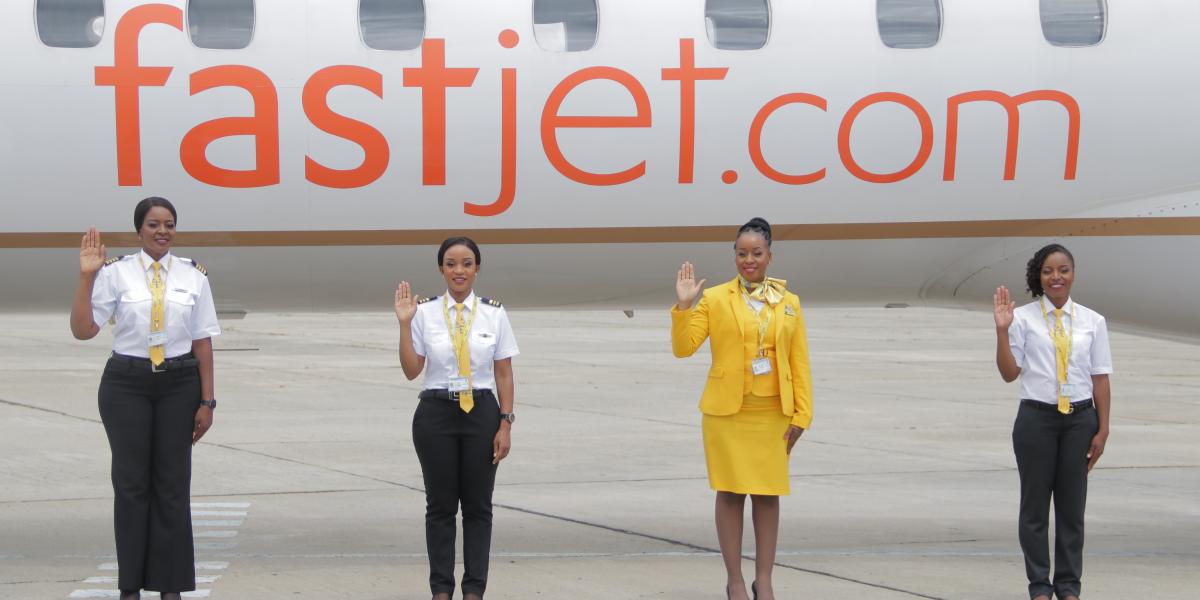 Our morning flight departure from Harare to Johannesburg flight number FN8222 was performed by an all-female crew as we celebrate International Women’s Day and commemorate Women of Aviation Worldwide Week.

Captain Chipo Matimba was in command of this iconic flight, with First Officer Chipo Gatsi completing the cockpit crew.

Cabin Crew member, Tichafara Sibanda ensured all passengers were well looked after in the cabin during this flight.

We are pleased to operate an all-female fight on International Women’s Day, a day marked globally and which this year has as its hashtag theme #ChooseToChallenge.

The flight from Harare to Johannesburg coincides with the commemoration of the 11th Women of Aviation Worldwide Week, which this year is running from the 8th to 14th of March.

As a sign of care and recognition of all the women onboard this flight, we have extended our lowest fares offering for their next fastjet flight across our network.

This year for the Women of Aviation Worldwide Week, we will be profiling exceptional women within the airline.

Each one will share their inspirational life story of how they have reached altitudinal levels within the aviation industry. Captain Chipo Matimba said:

It was such an honour to command an all-female flight as we celebrate our achievements as women on this International Women’s Day.

Particularly today as we recognise the first woman to obtain a pilot’s licence. Both International Women’s Day and the Women of Aviation Worldwide Week are key dates that we have to celebrate as role models of gender equality and equal opportunities.