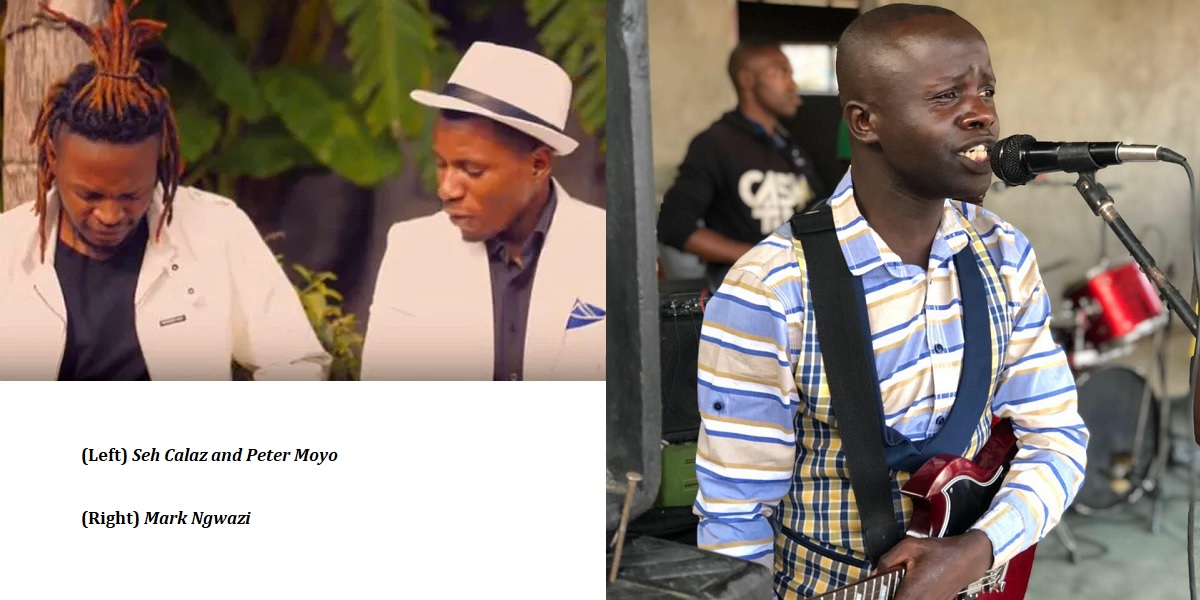 Mark Ngwazi has clashed with Peter Moyo ahead of their show “Sungura Sting” at Yadah Ministries Hotel with the former making fun of the young Igwe for failing to maintain the legacy of his late father Tongai Dewa Moyo.

The duo is scheduled to meet at the PHD Ministries on Tuesday and Ngwazi declared that he will prove that the Utakataka Express band leader is nothing but a footballer. The Mutaure Modzoka hitmaker said:

To start with, I never inherited a musical band like Peter Moyo, who is a footballer and not a musician to challenge me.

If it was his father i would have respected, not Peter a soccer midfielder and not even a striker to claim his prowess

For him to prove himself, bring soccer boots, not a guitar because ane discord pakuimba zvekutadza kutedzera baba vake vacho. [He can’t sing, has discord and is failing to immitate his late father].

My dancers can sing better than Peter Moyo and this im going to prove come Tuesday at Yadah Hotel, kana zvanetsa anonamatirwa naProphet kuti mademon abude. [If the push comes to shove, he would need the prayers of the prophet (Wlater Magaya)].

I was not introduced to music by my relatives like him and come Tuesday he will know music is within my veins.

The Utakataka frontman in response said Mark Ngwazi is one hit wonder who has just arrived at the party while Utakataka has experience with live shows. Peter Moyo said:

When it comes to stage perfomances Utakataka is number one and we are ready to humiliate Ngwazi for trying to make his name by one tune.

We have been tried and tested several times but Ngwazi is a novice when it comes to music and people will get the opportunity to watch from the comfort of their homes.

Murozvi Mukuru added that the people, who are the judges, will be home and sober therefore the verdict will be a true reflection of what would have transpired.