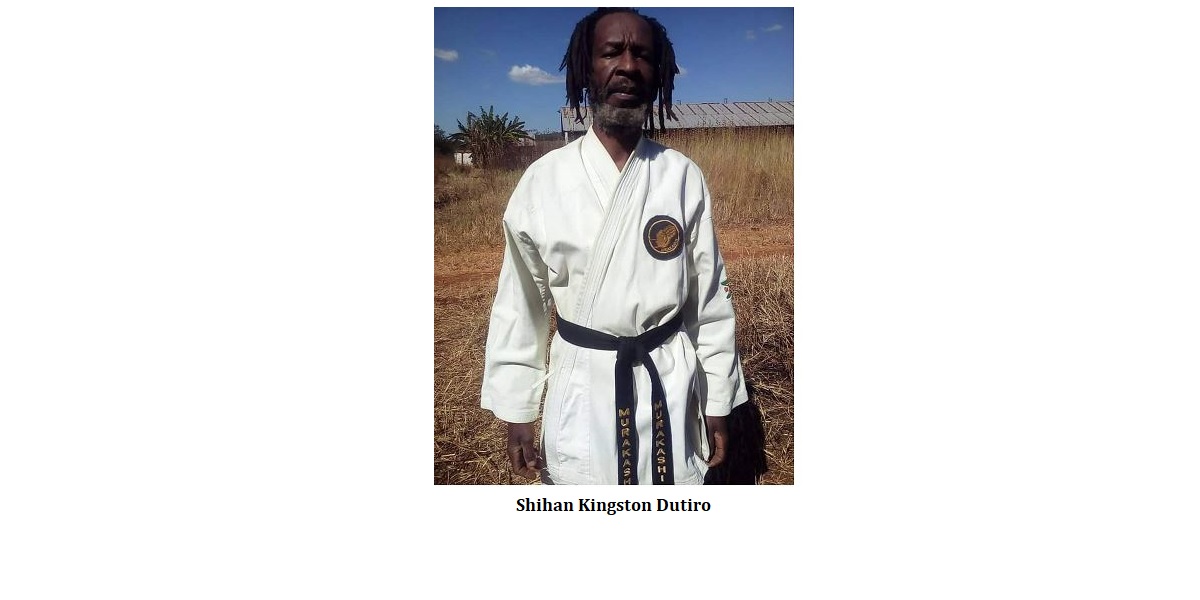 A prominent champion of the land reform programme in Zimbabwe, Shihan Kingston Dutiro has died.

Dutiro’s death was confirmed by the Zimbabwe National Karate Federation in a statement that said the Karate master collapsed and died at his farm, Plot 2, Mugutu Farm in Mazowe.

His burial was scheduled for Sunday at 12:30 at his farm. In a statement yesterday, Zimbabwe National Karate Federation said:

It is with heavy hearts and sorrow that we announce the passing of our dear colleague, Sensei Kingston DUTIRO.

Sensei Kingston collapsed and died early this morning (Saturday 6 March 2021) at his farm in Mazowe.

Mourners are gathered at Plot 2, Mugutu Farm in Mazowe. Further Funeral arrangements will be notified in due course.
MHDSRIP!

The late Kingston Dutiro was also a writer and his books which are also available on Amazon unpack a lot of issues surrounding the land reform programme.

Dutiro was unapologetic about the Zimbabwe land reform, which saw land being taken from white farmers for redistribution purposes, and at the same time, he was against the underutilisation of land by new owners.

The land reform programme worsened Zimbabwe’s relations with Western states after reports that there was a gross violation of human rights during the implementation of the initiative.

Shihan Dutiro was also one of the founding members of Urakashi Martial Arts, the first recognized and registered indigenous martial arts practice in Zimbabwe and easily the first continentally.

Dutiro observed earlier that Urakashi derives its origins from Japanese Karate and as such, the practice will retain some of the traditional names and language in its practice.