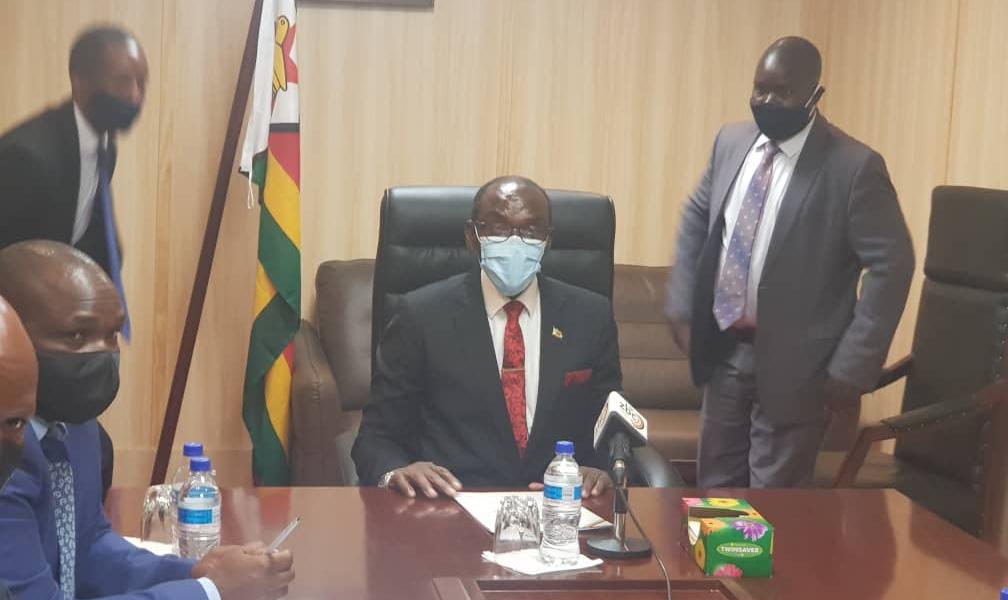 Vice President Kembo Mohadi may have been forced to resign by President Emmerson Mnangagwa following revelations that he had turned his office into a love nest with married aides.

A columnist for a weekly publication, The Standard, Dr Amai Stop It, suggested that Mohadi was forced to resign after stepping on First Lady Auxillia Mnangagwa’s toes, saying a person of his stature would not resign “over a small, small problem” like having affairs and bedding married women.

The columnist queried why the late Robert Mugabe, who had a child with Grace while his wife Sally was still alive did not resign.

Vice President Constantino Chiwenga has not resigned even though he hounded his former wife Jocelyn from their matrimonial home and has also blocked his estranged wife Marry from seeing their minor children for 17 months.

Dr Amai Stop It alleged that there are rumours that Mohadi’s relative was involved in a mining dispute with President Mnangagwa’s twin sons, Shaun and Collins and this may have led to his sacking. He wrote:

The fall of Kembo reminds me of the days when I pushed out Joice and Ngwena. Kkk!

I have a sneaky feeling that Kembo may have stepped on the toes of my successor and she pulled the trigger.

That’s the only thing that makes sense.

There are murmurs that a relative of his was involved in a mining dispute with the famous twins.

Obviously thinking that as vice-president, he had the power to protect his relative.

My successor is fiercely protective of her brood and she may have struck the blow.

She learnt well from me, I must say, and at some point soon, the student will outshine the master.

That’s how prolific that one is.

Mohadi announced his resignation from Government on 1 March 2021 after local online media service ZimLive had for two weeks carried reports that he had improper sexual liaisons with married women, including one of his subordinates.

Mohadi, 70, denied the accusations saying this was part of a political plot against him.