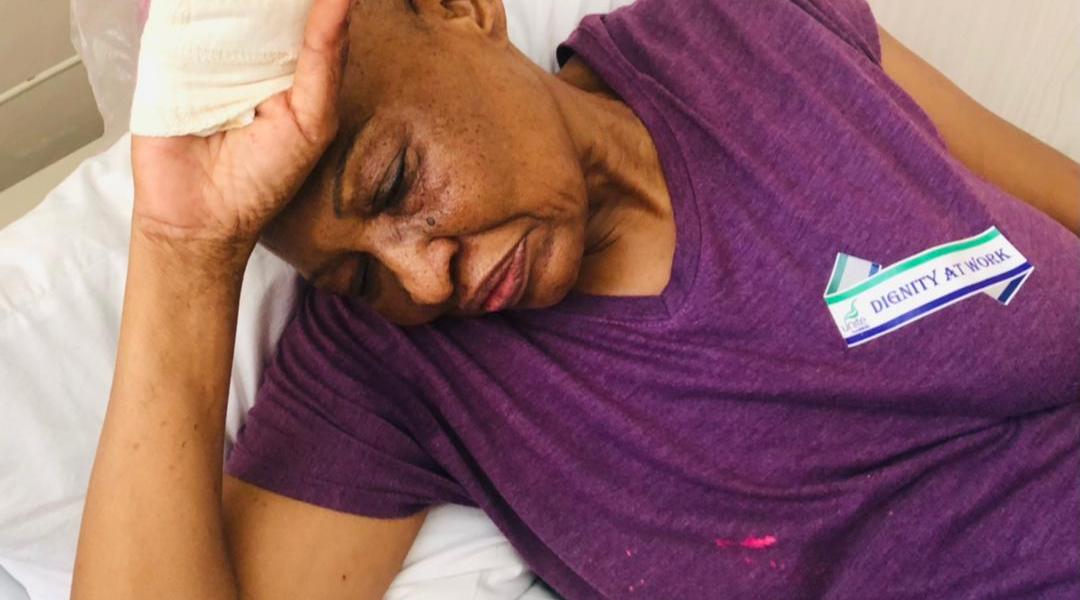 The MDC Alliance National Chairperson Thabitha Khumalo was on Saturday injured in a brutal attack by two unknown assailants at her Saurcetown house in Bulawayo.

Khumalo was rushed to a local health facility after she was stabbed in the palm and also severely assaulted on her knees and head by a knobkerrie.

The assailants also seized her electronic devices including her cellphones, TV, and laptop. Speaking to NewZimbabwe.com later on Saturday, Khumalo said the attack took place around 4 AM. She said:

Two men broke into my house this morning around 4 am. I was going to the toilet when the intruders confronted me and asked the whereabouts of Honourable Khumalo.

When I told them that I did not know her whereabouts they sprayed an unknown substance in my face and started assaulting me all over my legs including my knees.

One of the thugs also stabbed me with a sharp object on my right palm. I cannot clearly remember what happened next because was lying haplessly on the ground.

Right now, I cannot even walk or breathe properly. My face is also itching because of the spray.

Khumalo, a former Bulawayo East legislator, was alone when she was attacked. She suspected that the attack was politically motivated. She said:

It seems these people had a clear mission to abduct me. They specifically asked to see me. It seems they did not recognise me because these days. I have changed my complexion a bit.

In a tweet on Saturday, MDC-A Bulawayo province suggested that Khumalo was attacked by State agents. It said:

However, in a statement wishing Khumalo a speedy recovery, the party’s official Twitter handle said she was attacked by robbers. The tweet read:

We wish our National Chair, Hon. Thabitha Khumalo, a speedy recovery. She was violently attacked by robbers at her home in Bulawayo yesterday in suspicious circumstances. Get well soon, our warrior queen!