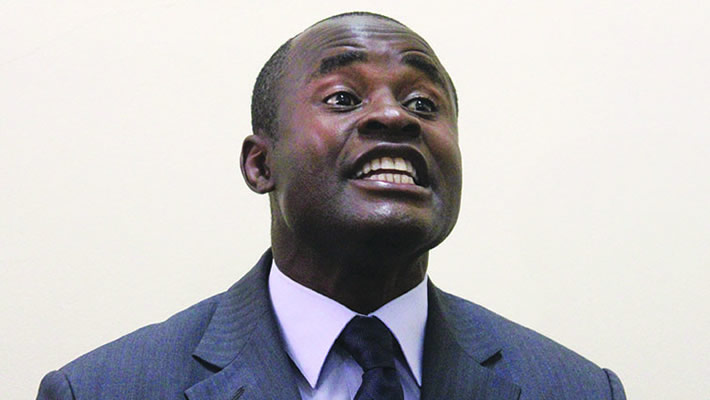 An open response to George Charamba,

You know we know each other very well, you’re aware I used to frequently visit late RGM. During my 9 month tenure as MashWestChair, I had the opportunity to meet RGM about 12 times for not less than 2hrs each visit

He’d personally call for the meetings much to the chagrin of other Govt Ministers who often had to wait outside for the audience. But for you to go to such great lengths to explain, certainly there’s an issue. You’re one professional person I respect, let’s take corrective action.

You’re one person who’s pro-black, who’s pro-land reform, let’s protect and defend the founding principles of the struggle. Until Grace attacked you, you kept calm but I knew that was the end of the, then President’s tenure because you defended him and you’ve been loyal.

Though other people misunderstand you, I know you to be someone who’s loyal. There was an S.I. issued by the Minister, Kanyemba had no S.I. neither did other projects. If I missed them, kindly show them to me.

Unfortunately, @edmnangagwa is ill-advised, this is one such thing he was ill-advised about as has been the case on many issues. You know I’ve always supported the President, stood by him & garnered more votes for him than many @ZANUPF_Official MPs in their constituencies.

However national interest is critical & in the national interest, one must be able to raise facts. You know that when I have raised an issue, I try to be well detailed and speak from an informed position. I may not be as educated as some, but I’ve tried to master the Constitution.

I understand the S.I.&tried to ask questions&issues raised in Parly. I’ll not attest to being the best Parliamentarian but I think I’ve national interest at heart. Part of national interest & leadership is to concede when there’s misinformation; there’s nothing wrong in doing so.

This is what this 2nd Republic must do; concede. The problem is the prevalence and extent of corruption; it’s gone too far. Already the very same Coetzee family has been given a monopoly to supply water pumps. They’ve begun in Gweru & Warren Park and are slowly moving nationwide.

Even if they have the capacity it’s not a problem, but why give them a monopoly over our own with equal capacity? Ultimately we are black and we are one. Even members of the opposition are black and their interest is to see this country progress more than the minority do.

We fought the minority in the struggle and won. The democracy we enjoy today is a result of fighting in the struggle. But let’s find a way of uniting blacks who are part of this country. Tradition, culture & heritage must be respected by all. Let’s respect our people.

Even if the people are poor, they’re rich in culture, heritage and tradition. I’ve never had such an exchange with you, but with all due respect, advise them properly. The problem with the 2nd Republic is that it doesn’t know it’s enemies and allies.

Unfortunately, you’re not an MP, so you can’t answer some of these questions in Parly. I’d dread the day you were in Parly as I know you’d be capable of answering these questions. However for now you’re not there, those guys would be skinned alive.

Corrective measures must be taken for national interest and to preserve our culture and national heritage.