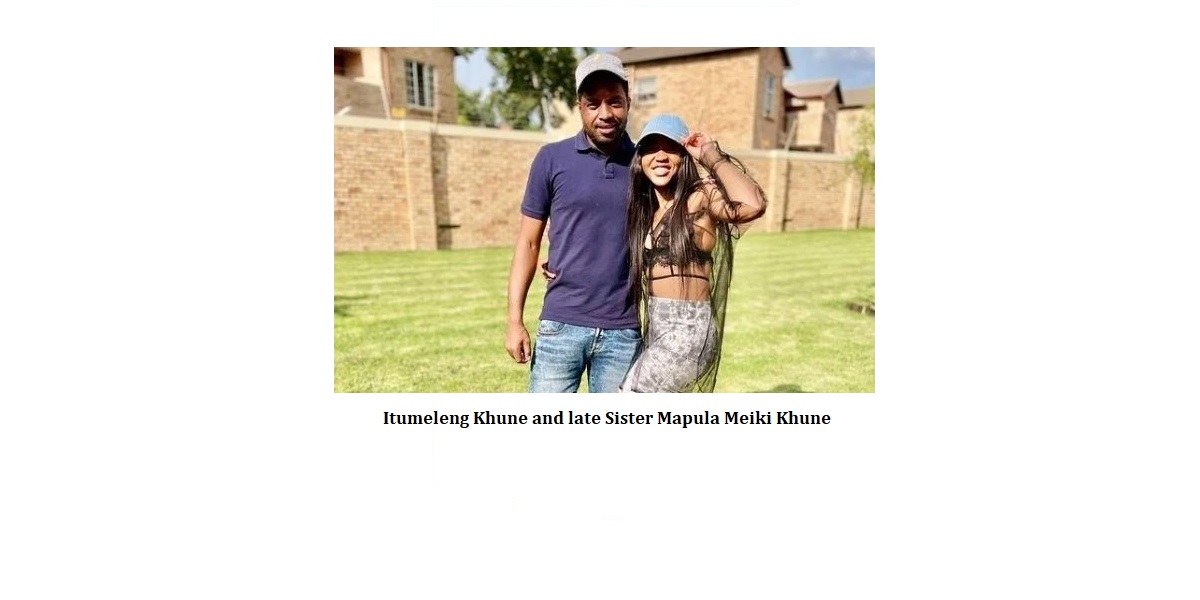 A 17-year-old boy was arrested and charged with the murder of Mapula “Meiki” Khune, the sister of Kaizer Chiefs‘ goal minder Itumeleng Khune.

Police spokesperson Colonel Adéle Myburgh said the teenager was charged on Friday and is expected to appear in the Ventersdorp Children’s Court on Monday. Myburgh said:

His appearance in the Children’s Court is as prescribed by the Child Justice Act (Act 75 of 2008). It is alleged that on Thursday, 4 March 2021 at about 05:00, neighbours saw smoke coming from a house in Extension 2, Tshing, Ventersdorp. Emergency services [officials] were called who, after forcing entry into a back room, discovered the severely burnt body of Khune on top of her bed.

It is alleged that at the time of her death on Thursday, the 27-year-old was sleeping in a back room, next door to her grandmother’s main house.

Police also reported that the body of Itumeleng Khune’s sister was burnt beyond recognition and police are now investigating a murder following the emergence of new information. Only the back room was destroyed by the blaze.

Meanwhile, Police have since been quelling clashes in the community as residents suspected of committing the crime were hunted down and assaulted.

Itumeleng Khune missed the team’s CAF Championship game on Saturday at FNB Stadium after taking compassionate leave to be with his family.