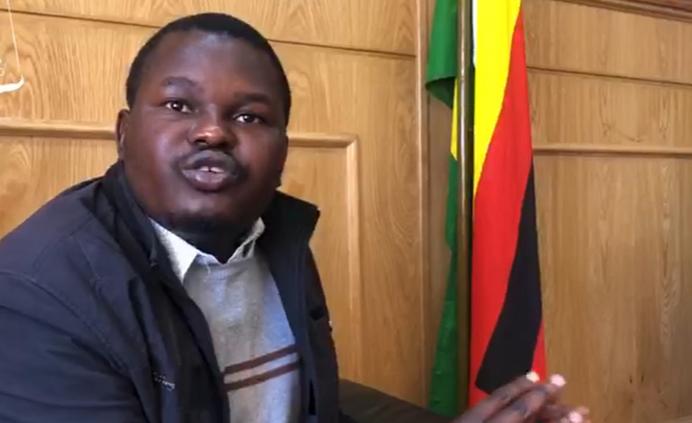 A Zanu PF official Tafadzwa Mugwadi has made some sensational declarations on social media including plans by the ruling party to make Zimbabwe a one-party state.  Mugwadi made the following declarations in his rant on Twitter:

Said Mugwadi, the Zanu PF Director for Infomation and Publicity:

Sanctions have actually hardened us. The Party is now tried & tested. We have now mastered the art of retaining power & consolidating it. As long as sanctions are there, Zim will soon become a one Party State. Pple like Chamisa will be taken like Rebel Leaders & it won’t end well 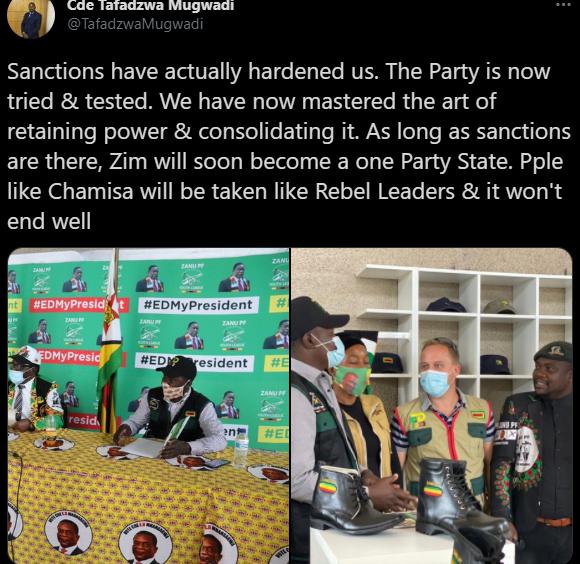 At one point last year, Mugwadi was engaged in a war of words (Twitter war) with SABC journalist Sophie Mokoena and he even threatened South Africa’s ruling party, ANC, to release the details of their meeting with ZANU PF in Harare in September 2020 if they did not reign in Mokoena.