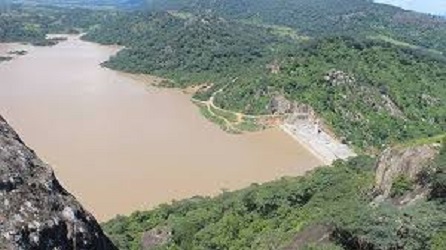 Full Twitter thread by the former Deputy Minister at the Ministry of Higher Education, Science and Technology Development, Godfrey Gandawa on impending evictions of Shangaan families in Chiredzi District. Read the thread below:

Mnangagwa’s readiness to take land from 12,500 poor villagers and give it to one company, Dendairy, betrays his lack of conscience and decency. Dendairy can afford to buy land anywhere in Zimbabwe, there is no reason for it to ruin the lives of 12,500 people in the process.

Dendairy is interested in Chilonga for its soils and proximity to Tokwe Mukosi anticipated expansion. We betray the cause of the liberation struggle and the land reform programme when we evict 12,500 of our people to make room for a single business. It a great shame.

The people who were evicted to make way for Tokwe Mukosi are living in squalor, seven years later. Expect a repeat. Govt has not built any new homes or roads for the people of Chilonga but is already moving to enforce their eviction. Why is govt behaving like a foreign enemy?

The decision to remove the people of Chilonga from their ancestral lands is so bizarre and impossible to justify that the public is understandably suspecting that Mnangagwa has a personal interest in the acquisition of the land, it is certainly not in the public interest.

It would be a different matter if large mineral deposits had been found in the area and a billion-dollar investment was imminent. In this case, Dendairy wants to grow lucerne grass to feed its cows. It is outrageous that 12,500 can be evicted so a milk company can grow lucerne.

If there is economic value in lucerne, Dendairy should support farmers to grow it. This is what legitimate businesses like Delta have done for years. They support farmers as opposed to pushing them off their land as Dendairy intends to do with Mnangagwa’s help.

It is unfortunate that Tokwe Mukosi, which was meant to benefit the people, is turning out to be a curse as the politically connected move to seize land in its proximity at the expense of locals. This capture of the state by business is extremely dangerous and must be confronted.

There is clearly no credible economic argument for evicting 12,500 people to make way for a project that can be done elsewhere, or even by the present inhabitants of the land. Growing lucerne is not complex and local farmers are well up to the task. So why evict them?

Govt has not demonstrated the public interest served by taking land from 12,500 people only to hand it over for a low-investment project like growing lucerne. Worse still, such a project only serves the interests of a single company that happens to be friends with Mnangagwa.

What is striking is that despite being violated by Zanu PF in this manner, the people of Chilonga still speak deferentially of the ruling party. The tone is not of an empowered citizen demanding answers but feeble subjects appealing to the generosity of masters.

Govt now claims that no evictions are imminent despite having gazetted an SI directing the villagers to leave. The authorities should stop playing propaganda with people’s lives. It has become a habit of this regime to say one thing while doing the opposite.