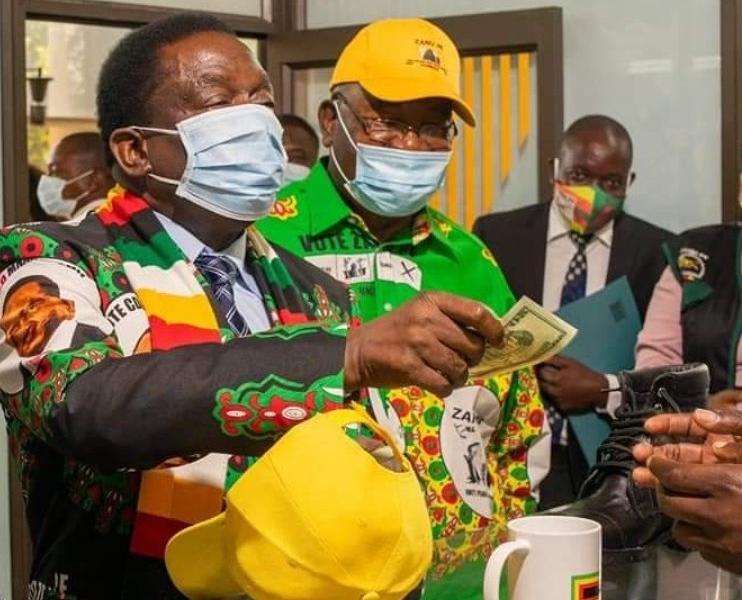 Former Finance Minister Tendai Biti has urged the government to either dollarise the economy or liberalise the exchange rate to eradicate price distortions in the economy.

Speaking in Parliament Tuesday, Biti said the disparities in the official and parallel market value of the US dollar have resulted in some retailers pricing their goods at black market rates. He said:

Despite the introduction of a mono-currency through Statutory Instrument (SI) 33 of 2019 and SI 142 of 2019, it is clear that the economy has largely become an informal United States Dollar (USD) economy.

It is also clear that citizens are being subjected to a regime of multiple prices.

… I appeal to authorities, in particular, the Ministry of Finance and Economic Development to do either of the two following things; to acknowledge the informal redollarisation of the economy that has taken place and secondly, just liberalise the exchange rate so that we do not have the fixed auction rate which has been fixed at US$1 is to Z$82 for the past six months.

Statutory Instrument 33 of 2019 said that balances held in local bank accounts and mobile payment platforms, as well as bond notes and coins, were no longer regarded as equal in value to United States dollars.

Meanwhile, in terms of Statutory Instrument 142 of 2019, the Zimbabwe dollar became the sole legal tender in Zimbabwe. It also banned trade in all other currencies (United States dollar, South African rand and pula, among others).