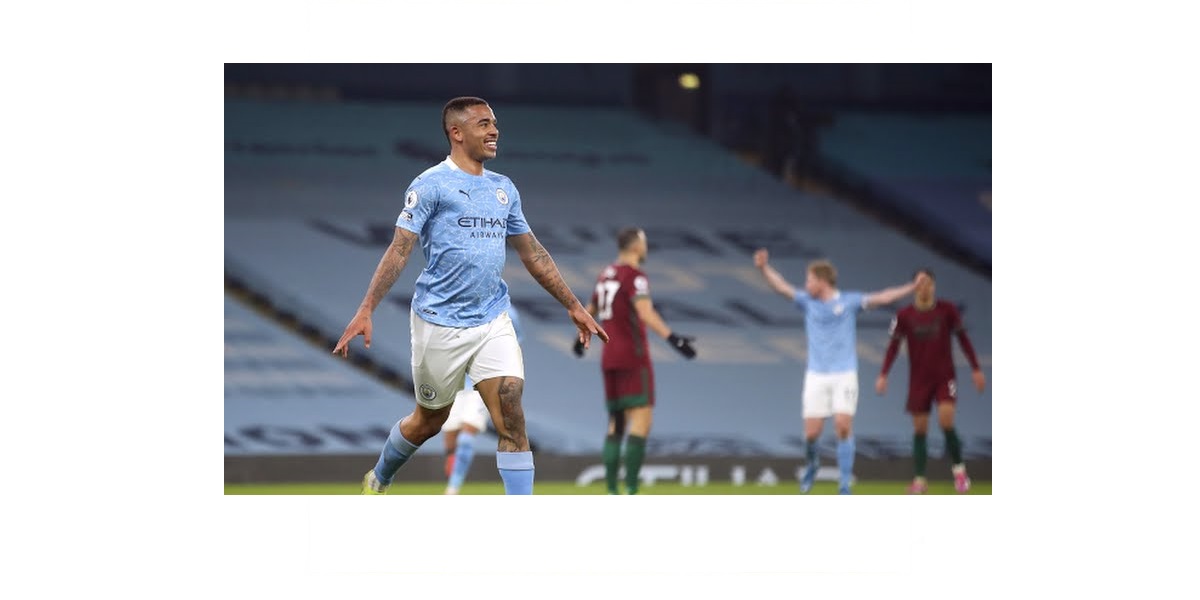 Manchester City last night won 4-1 against Wolves in a Premier League match played at the Etihad and they are now unbeaten in 28 games in all competitions with 25 wins and 3 draws.

Last night’s victory means City have equalled their club-record run of 28 between April and December 2017.

Manchester City have won their last 21 games in all competitions, scoring 55 goals and conceding just eight in this run.

In fact, City are one of just three teams from the big-five European leagues (England, France, Germany, Italy, Spain) to record more than 20 consecutive victories, after Bayern Munich (23 in 2020) and Real Madrid (22 in 2014).

Despite Manchester City being unbeaten in 28 games, Wolves must have scared the hosts after Coady had cancelled out Dendoncker’s first-half own goal considering that the Wolves beat City last season.

Three goals in the last 10 minutes, however, sealed the deal for City, with Jesus nabbing himself a cheeky late double.

Algerian international, Riyad Mahrez also found the back of the net shortly before the stoppage time.