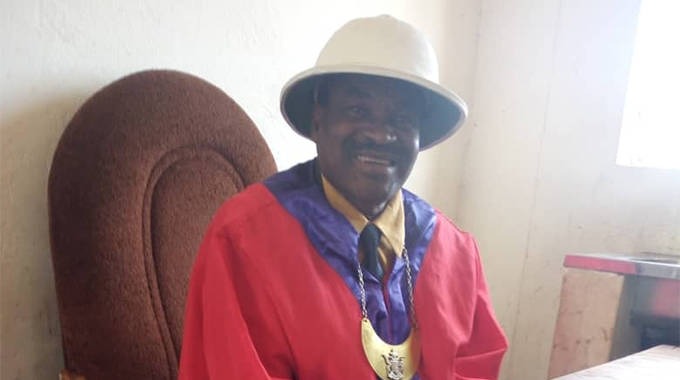 Chief Nematombo, born Lovemore Karengesha, of Hurungwe has died. The traditional leader passed away on Thursday evening after a short illness. He was 67.

Born on June 2, 1954,  Chief Nematombo was the 17th chief in the Nematombo chieftainship. He is survived by his wife and six children.

The cause of death has not yet been established but the permanent secretary in the Ministry of Information, Publicity and Broadcasting Services Nick Mangwana confirmed the chief’s death. Mangwana said via Twitter:

Chief Nematombo of Hurungwe passed on yesterday evening after a short illness. [The cause] of death is not yet disclosed. May His Soul Rest in Peace. Condolences to the bereaved family, friends and his Community.

We received the news of his death today (yesterday). We are yet to establish the actual cause of his death.

Chief Nematombo becomes at least the fifth chief to die in 2021 alone.

One of Zimbabwe’s longest-serving traditional leaders, Chief Vezi Maduna Mafu died two weeks ago, aged 86. He was recovering from a stroke he suffered on 18 August 2019.

Chief Nyamweda, born Claudius Mandaza of the Moyo, Zuruvi clan in Mashonaland West province died on 4 February at the age of 64. He reportedly succumbed to diabetes complications in Norton.

Speaking about Chief Nyamweda’s demise, Chief Ngezi said the irony was that the death came just two days after they met to discuss the unusually high number of deaths of chiefs in the province.

Chief Mashayamombe, born Ignatius Chiketa Kanengoni, also died in January on arrival at Norton Hospital on Monday where he had been ferried after developing breathing problems.