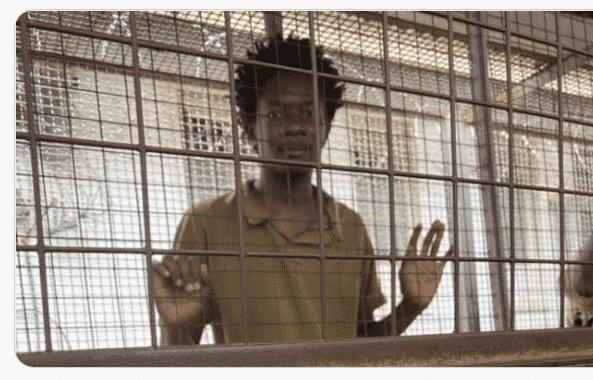 The 23-year-old was held in pre-trial detention at Harare Central Prison for 70 days after the State repeatedly denied him bail.

Speaking during an interview with The NewsHawks this week, Moyo revealed the sorry conditions in the country’s correctional facilities. He said:

It is not a romantic affair staying in the prison cells. We had cellmates who contracted COVID-19 and it was scary for some of us.

There were 80 people in a cell and because we were packed, no social distancing was observed. It was terrible.

Moyo said prison guards refused to allow his family to provide him with sanitiser and detergent during his inceration and he also had to share a cell with mental health patients. He said:

My family bought sanitiser and detergent, but they were not allowed inside. It was by no means a pleasant affair at all.

Living with mental patients is difficult, it was torturous to the body to stay in that prison for that long.

Moyo said he came face to face with the reality of Zimbabwe’s incompetent and captured judicial system as his imprisonment turned from days to months.

He said the solidarity of his comrades and the love of his family kept him going.

Moyo is facing charges of inciting public violence after he allegedly addressed commuters at a bus rank in Harare last year, calling for a violent revolt against President Emmerson Mnangagwa.