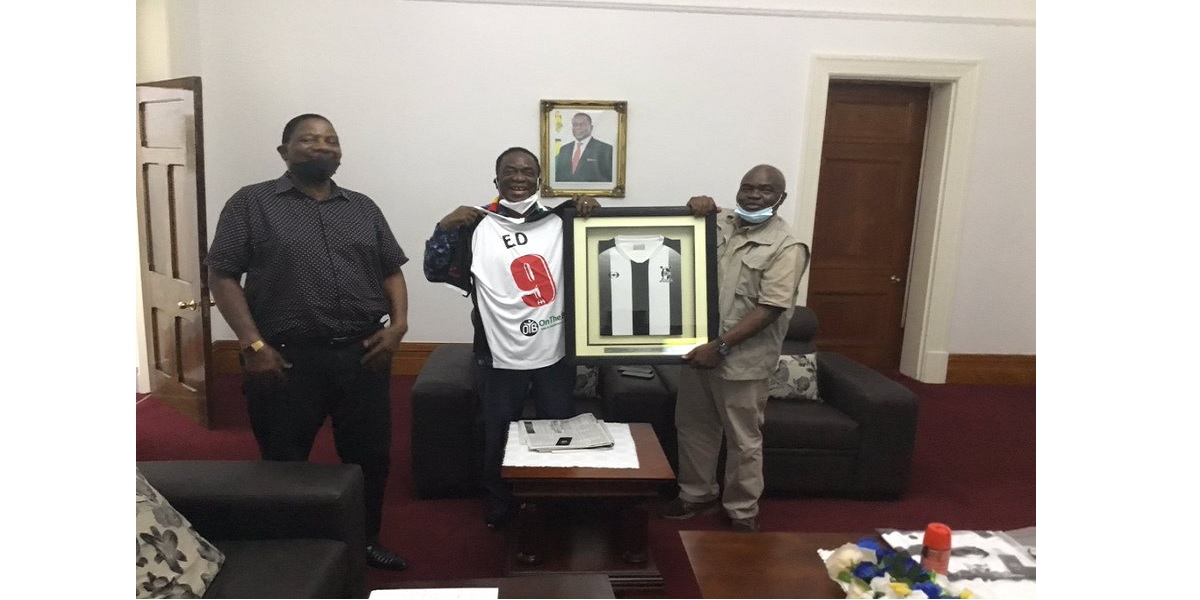 President Emmerson Mnangagwa tweeted a picture of his football jersey for Highlanders FC which is also known as Bosso suggesting that he is a Bosso supporter.

Asked why Bosso affairs concerned him since he was a Tsholotsho FC supporter, Moyo said:

I am when it’s there but even so, @HighlanderBosso is the people’s team and, as an institution, it is tied to the people’s culture and history; to which I’m a claimant!

What is common between Bosso and Orlando Pirates is the black and white jersey.

It is believed that there is a historical link between Pirates and Bosso. Some say when Orlando Pirates was formed around the year 1937, elders from Pirates, Mbabane FC (Swaziland) and Lions FC (Zimbabwe) had met a year before and exchanged notes on how to use their respective clubs in keeping alive their ethnic identity and fighting colonialists.

It is at this meeting that these clubs adopted Black and White as their traditional colours.

Mbabane FC became Mbabane Highlanders and Red Lions FC was renamed Matabeleland Highlanders, and later, simply Highlanders. It is unclear why Pirates did not adopt the name Orlando Highlanders.

All the three teams assumed “Siyinqaba” as their slogan and battle cry, as well as the crossed hand salutation as a pre-match ritual.

It is such a history that makes most Bosso fans embrace Orlando Pirates as their own.

Speaking on Mnangagwa’s jersey, some said it was just a publicity stance while some said he wanted to appease the people of Matebeleland for the 1980s massacre popularly known as Gukurahundi.

Some took the opportunity to raise issues bedeviling Matebeleland which include the poor road networks which they said were chasing potential investors away.