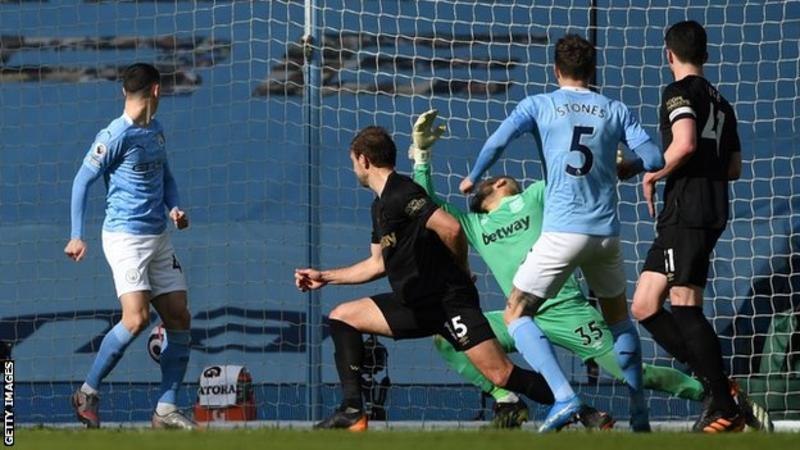 Manchester City extended their winning run to 20 matches on Saturday afternoon after recording a 2-1 victory over West Ham.

City moved 13 points clear at the top of the Premier League as John Stones’ second-half strike was enough to seal victory over a resilient Hammers side.

The Citizens had taken the lead at the Etihad Stadium through Stones’ central-defensive partner Ruben Dias in the 30th minute.

Fourth-placed West Ham fought back to level through Michail Antonio before the break (43′) from a Jesse Lingard assist before Stones (68′) restored City’s advantage.

City’s unbeaten record now stretches to 27 games and they will equal their longest run without defeat if they do not lose against Wolves on Tuesday.