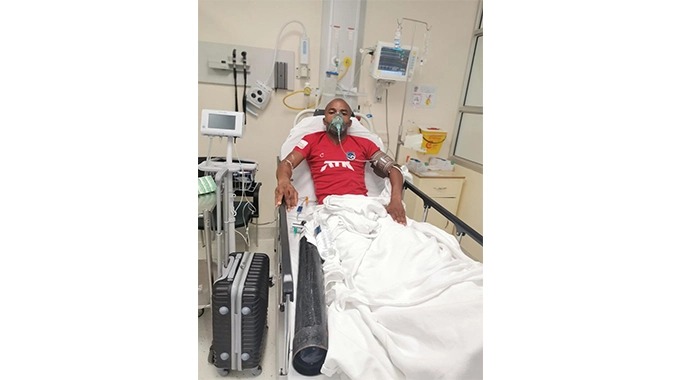 South African based Zimbabwean striker Gabriel ‘Granvia’ Nyoni fears his football career might be over at just 28 years of age.

The former Highlanders, Caps United, Maritzburg United and current Cape Umoya forward, recently suffered a horrific foot injury during a Glad Africa Championship match for his side against Richards Bay.

Doctors had to use wires and pins to balance broken bones inside his foot.

Speaking to Chronicle, from South Africa, Nyoni said the break is slowly getting better but doctors are not yet sure if he will play football again. He said:

The career might be over. The doctor is saying he cannot promise anything just yet. He also said I might not play again.

The break is slowly getting better and the doctors are trying to manage the pain as best they can.

Nyoni, a holder of a degree in marketing from the National University of Science and Technology (NUST,) is also battling COVID-19 after he returned a positive test for the novel coronavirus.