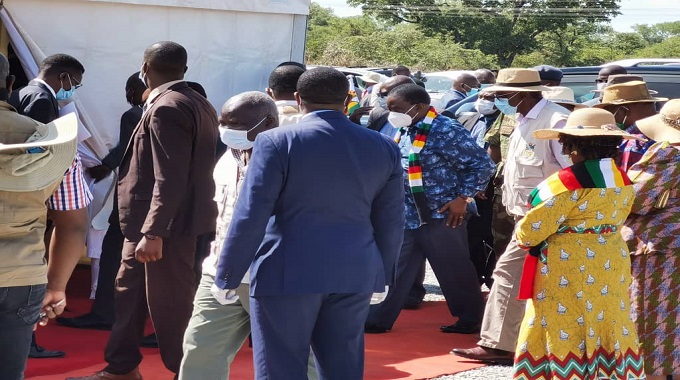 President Emmerson Mnangagwa said he will ensure that the National Matabeleland Zambezi Water Project (NMZWP) becomes a reality during his presidency.

The idea to bring water to Bulawayo from the Zambezi River was mooted in 1912 and has remained a dream for over a century and Zimbabwe’s second-largest city has continued to experience debilitating water shortages.

President Mnangagwa arrived in Bulawayo on Wednesday evening ahead of the Gwayi-Shangani pipeline groundbreaking ceremony, as well as the commissioning of the Epping Forest boreholes in Nyamandlovu, Matabeleland North. He said:

The commissioning of the Epping Forest and the groundbreaking of the Gwayi – Shangani pipeline is a milestone achievement in the history of the region. Let’s work together towards the attainment of vision 2030.

The National Matabeleland Zambezi Water Project (NMZWP) was mooted in 1912 and the project will go beyond serving the region. It will become a reality during my time.

President Mnangagwa said the construction of the Gwayi-Shangani Dam was at 40 per cent and will be complete by December this year. He said:

We are 40 per cent of the Gwayi-Shangani Dam and the trenching of the pipeline has begun. The first stage of the project is underway. The dam will be completed by December this year. It is my commitment to address the water crisis in Bulawayo.

Web Hosing Services
US $2.50 Bulawayo
🧱 Building Material Available in and around Harare
US $125.00 Harare